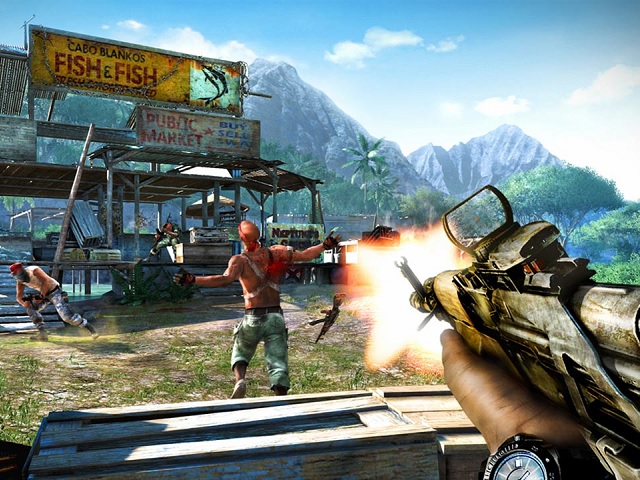 Recent rumours suggest that Far Cry 4 will be set in the Himalayas featuring ridable elephants and is expected to be officially revealed at E3 during the Ubisoft press conference in June this year.

The new game is slated for release during the first half of 2015. The company, however, refused to comment on any rumours or speculations related to Far Cry 4.

Far Cry 4 has been rumoured to be in development since October last year and is expected to launch on PS4, Xbox One, and PC, although a PS3 and Xbox 360 version are still a possibility.

According to the Eurogamer report, the new setting will feature a variety of environments aside from snow-capped mountains. The change in venue marks a big switch in aesthetic for the sandbox series as the past games focused on more sun-drenched environments.

This backs the first hint on Twitter from Superannuation that stated “Far Cry 4 sounds super boring from the rumors. It’s the third game more or less transposed to the Himalayas or adjacent locale + monsters”.

Beyond the elephants there are no other game play details, but Superannuation’s tweet suggested the involvement of âmonstersâ such as yetis and other strange beasts but not Trigens.

Eurogamer’s sources familiar with the matter claimed that Far Cry 4 will still retain the gameplay elements from the previous games in the series â Far Cry 3 and Far Cry 3: Blood Dragon. An emphasis on hunting local fauna is still said to be present, and the world map will be split up with outposts to liberate.