Sony Announces the End of its MiniDisc Stereo System Production 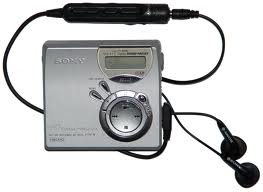 Sony will produce its final MiniDisc stereo system in March. The Japanese electronics firm is putting the product to bed after the system was launched in 1992.

MiniDiscs were never an overwhelming success outside of Japan and suffered at the hands of popular recordable CDs and MP3 players. Sony had planned for MiniDisc to be their users’ format of choice as a higher quality digital replacement for tape cassettes, they featured data stored on rewritable magneto-optical disks 2.5in (64mm) in diameter encased in a square plastic shell and stored around 80 minutes of music. Sony claimed recordings would be safe for over 30 years without degradation.

High costs put many people off, with the original recorder priced at $750 (Â£475) when it was launched in December 1992 in the US.

Less than 50,000 units were sold over the following year and customers looking for high-quality recordings were more interested in CDs at the time.

By 1998, the cost of MiniDiscs had been slashed to a third of their original price. Sony put out a fresh campaign for Hi-MiniDiscs in 2004, offering over three times more storage but this flopped as CD-R recorders, Apple’s iPod and other MP3 players the bulk of consumers’ attention.

Principal technology analyst at Davies Murphy Group Europe, Chris Green said: “Despite the fact it never took off as a mainstream platform – truth be told many people never really understood it – it still carved some niches.

“Sound engineers and media professionals loved to use it to record samples, jingles and interviews – it’s very easy to use MiniDisc equipment to edit audio on the fly – and they continue to stockpile the players and disks.”

Sony stopped shipments of its MiniDisc portable walkman players in 2011 and the announcement to stop producing the MiniDisc stereo systems means the company is effectively dropping MiniDiscs altogether.