PS Vita gets new apps – Hulu Plus, Redbox, Crunchyroll, others 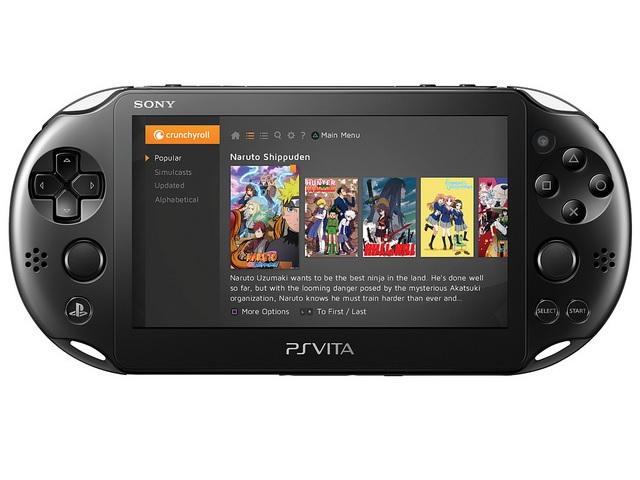 Sony on Tuesday announced the arrival of a series of popular apps including Hulu Plus and Redbox Instant by Verizon to its handheld console PlayStation Vita.

A post on the PlayStation Blog revealed that six apps in total will be coming to the console, with three immediately available for download.

The three apps which are available for download starting Tuesday include Crunchyroll, NHL GameCenter Live and Quello.

NHL GameCenter Live allows users to instantly stream live out-of-market games in HD quality with the GameCenter LIVE subscription, while Quello Concerts App enable users to have access to a wide array of their favorite artistâs full-length performances, the largest selection of concert streams and documentaries from Linkin Park and Nirvana to Beyonce and Bob Marley.

The other three apps which will be making their way to PlayStation Vita this spring includes Gaiam TV, which includes a large collection of fitness classes and groundbreaking documentaries; Hulu Plus, which offers unlimited instant streaming of hit shows and movies like Family Guy, The Simpsons, Modern Family and Brooklyn Nine-Nine with a monthly subscription service of $7.99; and Redbox Instant by Verizon, which will offer a free month of movies for new subscribers.

Hulu Plus and Redbox Instant by Verizon are expected to join the PS Vita app group including Crackle, NBA Game Time, Netflix, Skype and YouTube on March 25.