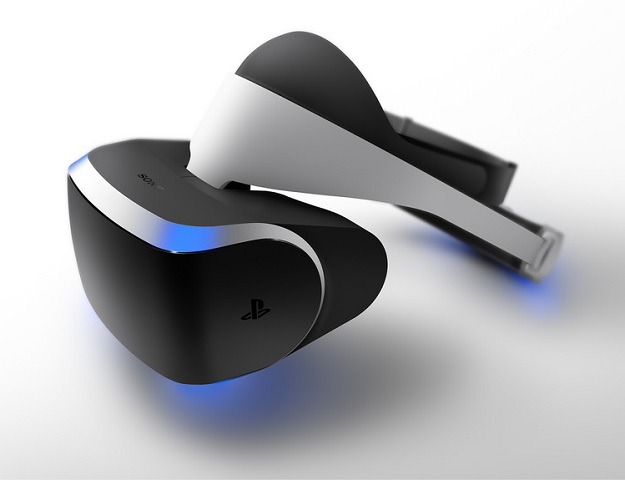 The pair of futuristic goggles are still in a prototype stage, but look a lot more finished yet complicated than Oculus Rift. Sony will be demoing the VR headset today at the GDC where it should be a lot clearer on how the device performs and what all features are in store.

Those who are looking to grab dev kits should expect 1080p display, 90-degree field of view, 360 head tracking, feature spatial sound, and support for DualShock 4 and PlayStation Move.

Sonyâs announcement had a part of VR God of War and PlayStation Boss Shuhei Yoshida said, âWhen I looked down, I saw my body was that of Kratos. That was an empowering experience”, notes Kotaku.

It seems that Sony wants its VR headsets to be great for gamers as well as developers as is evident from a tweet through official PlayStation account: âContent is king for VR and Project Morpheus. “We want to make PlayStation the best place for VR” – not just playing, but developingâ

So talking about content, EVE Valkyrie is currently playable on the dev kit. Sony has also announced that part of Thief will be reworked to support VR. Further, titles like The Deep and The Castle are also in the pipeline with the latter supporting PlayStation Move for control of the sword.