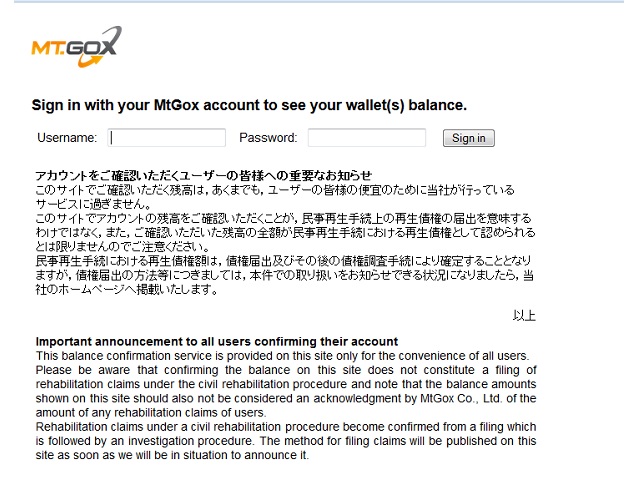 Troubled Bitcoin exchange Mt Gox, on Tuesday updated its website, allowing users to log in to their accounts to check their virtual wallet balance.

The fallen bitcoin exchange, which filed for bankruptcy protection late last month, had previously posted some updates to its home page including information on the civil rehabilitation process, warning about spam or phishing emails asking for login credentials and bank account details.

Mt Gox, which went offline February 25, said it lost around 850,000 Bitcoins â worth around $520 million at current prices â to hackers at the time of filing for bankruptcy protection on February 28 in Japan.

The Mt. Gox homepage carried a statement in English and Japanese under the log in option which read “this balance confirmation service is provided on this site only for the convenience of all users.

“Rehabilitation claims under a civil rehabilitation procedure become confirmed from a filing which is followed by an investigation procedure. The method for filing claims will be published on this site as soon as we will be in situation to announce it.”