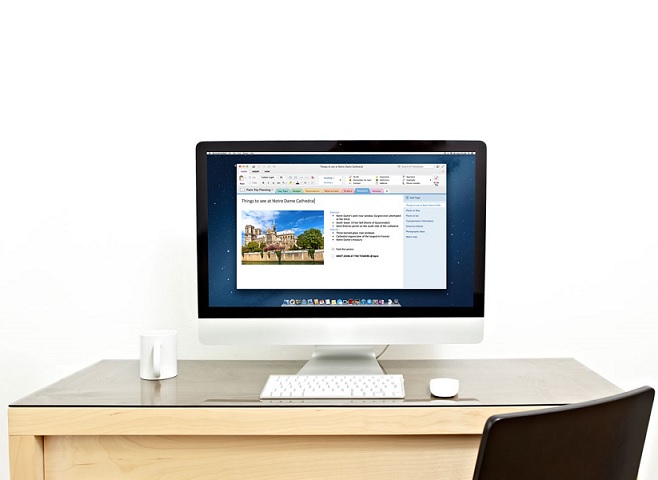 Microsoft has released OneNote for Mac and has made it available for free â a move that is indicative of Redmondâs offensive stance against other note taking apps in the market including the rapidly growing Evernote.

The free version of OneNote comes with features such as offline access to notes, collaboration abilities, and the standard 7GB of free OneDrive storage.

Free version of Evernote on the other hand doesnât provide for these features and on top of that it only provides for 60MB of data per month. Those shelling out $45 a month for a premium version of Evernote are also provided just 1GB of storage and not 7GB.

Those who are accustomed to using Evernote will find OneNote for Mac catching up on a few features including OneNote Clipper button for Web browsers, universal email address me@onenote.com allowing users to send documents to themselves for saving as notes.

Office 365 Home Premium subscribers on the other hand will find better integration of Office programs with OneNote and an additional 13GB of storage i.e. 20GB of free storage.

Along with the OneNote for Mac, Microsoft has also released a freemium version of OneNote for Windows and a new cloud API that will allow first- and third-party apps to communicate directly with OneNote.