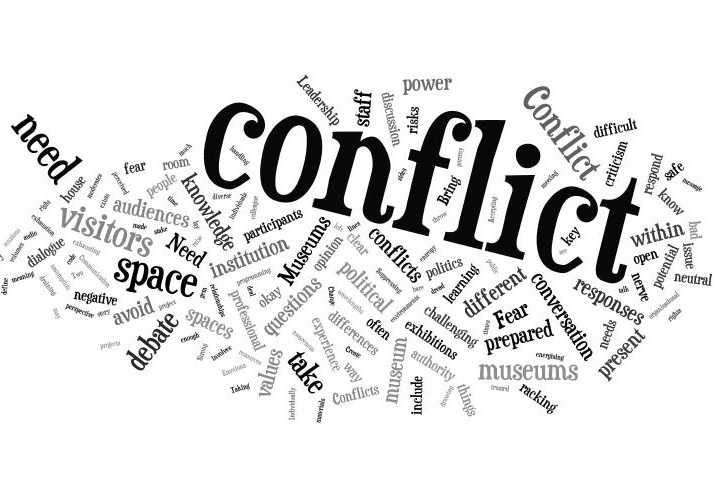 Conflicts occur at every place including offices mainly due to disagreement between two or more persons in a matter of significance which assumes special, vital values of the business ethics, policy, decision making qualities and shouldering of responsibilities.

Employees and executives of different cadres with different level and type of education; with different family background carry their own pre-set and biased mind-sets, imaginative thinking, personal characteristics create difference of opinion.

Occurrence of conflicts under various aspects will be usual phenomena since individuals participating in a task carry their own feelings, abilities, mind-sets and ethics about the work to be carried out.

The individual values, perspective and opinion of persons may be contradictory in nature and cannot be aligned expectedly, which invites conflict.

Conflicts will lead to argues and counters that would make relations severe and delay and in many cases disrupt the work flow as well as the progress, which ultimately creates an atmosphere of tension and trauma encircling entire office.

The impact of conflict in a matter will averse the smooth faring of human relations in total origination, while phase of negativity will bring down the morale of members of otherwise a dedicated team.

Vigorous efforts need to contain the causes leading to a situation of conflict. Interactions between members on common and special issues should

Concluding remarks should be followed by valedictions message encouraging the collective confidence of all participating members.

After experiencing and understanding the ill-effects and demerits of a conflict phase at work place, we need to initiate and promote efforts to ensure precautionary measures against its occurrence in future.

We know it well and should accept that conflicts are inevitable and will adversely affect the much needed congenial and harmonised relations and atmosphere in the office.

Co-operative and collective efforts should be initiated to avoid, control the conflicts and disagreements and maintain an aptly synchronized atmosphere that nurtures inter-personnel relations while also expecting and keeping in mind the larger vision and goal of the organizationâs progress and prosperity.