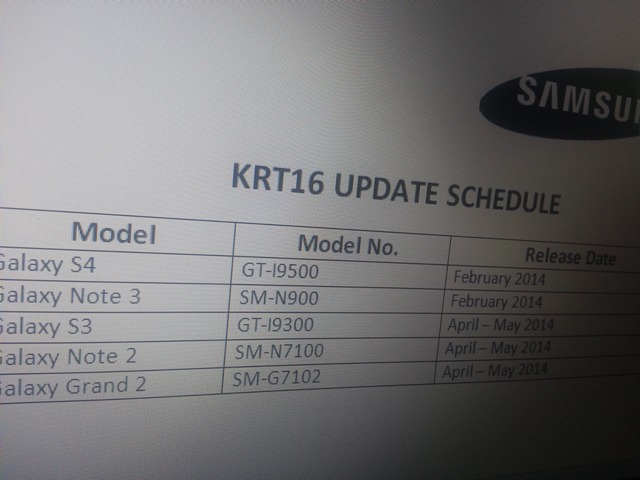 Android 4.4 KitKat has been out since ages, but Samsung Galaxy S3 owners haven’t been lucky enough to get a doze of the latest Android version, but this is likely to change soon as a leaked document indicates that Samsung will be rolling out the KitKat update for Galaxy S3 starting April through to May globally.

Galaxy S3 owners haven’t been impressed for the fact that the Android 4.4 KitKat update list that Samsung released last week didn’t have Galaxy S3 listed. However, a new document that Just About Phones got hold of mentions Galaxy S3, Galaxy Note 2 and Galaxy Grand 2 as being the next set of handsets to receive the update.

Some of the features of the Android 4.4.2 update include album art on lock screen, upgraded Emoji keyboard, white icons in notification bar, wireless mobile printing, support for Google Drive and Google Photos, and camera short cut on lock screen among others.