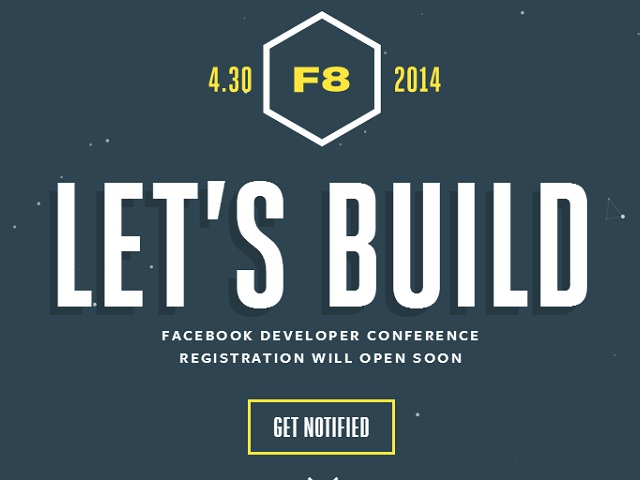 Facebookâs F8 developer conference has been revived and will be held on April 30 announced Ilya Sukhar, Facebook’s head of products, at the SXSW. The conference was last held in 2011 and has been MIA since the social networkâs IPO.

To be held in San Francisco, the conference may attract as many as 1500 developers. Unlike last time, this yearâs F8 is not going to be about new projects or Facebookâs innovative ideas, but will rather concentrate on what developers can bring to the platform.

“This year, we’re going back to our roots and having a pure developer conference,” said Sukhar while addressing the SXSW audience notes The Wall Street Journal.

âEngineers from Facebook, Parse and Instagram will share what we’ve learned and where we’re headedâ, notes Facebook on its official F8 website. âWe’ll dig into details to help you build faster, to reach more customers and to earn more with your apps. We’ll celebrate what you’ve created, and what we can do together in the future.â

This time around attendees have the option of selecting sessions from four different learning tracks including build, grow, monitize and hacker way.

Facebook is also hosting a projection-mapped art installation dubbed âHack the Spaceâ wherein developers have been invited to contribute to an interactive experience, which will then be displayed at the F8 for all attendees to see.

âHack the Space is a projection-mapped art installation that uses light to visualize data on top of a set of connected geometric surfacesâ, notes Facebook.