Popcorn Time allows users to stream movies like Netflix, but pirated ones 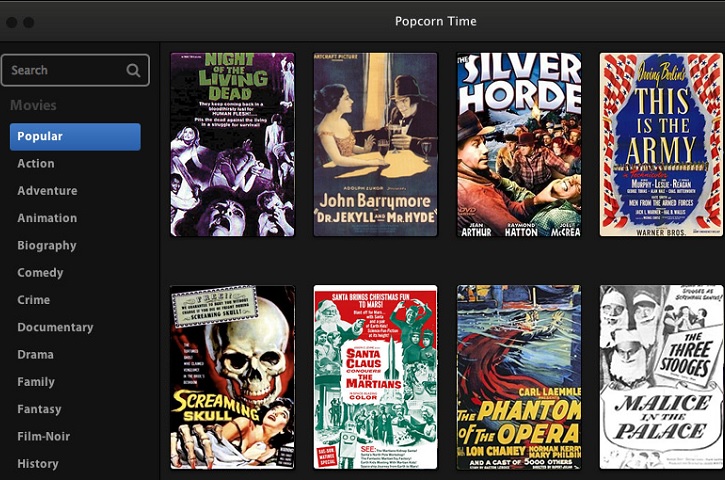 Popcorn Time is a cross-platform tool that started off as an experiment to easily allow users to stream movies over BitTorrent rather than downloading them has developed into something massive and could very well be the latest threat to Hollywood.

Currently having over 40 contributors (as of press time) on GitHub and with support for 12 languages in a matter of just few months, Popcorn Time is becoming the Netflix of the pirates.

The app is offers access to hundreds of movies in varying qualities and that too with subtitles. With a user base that runs in hundreds of thousands and the proliferation of BitTorrent, we expect that the app should easily garner millions of users of its own within a very short time.

The creator of the app is a designer from Buenos Aires, Argentina named Sebastian. With the challenge of making something as simple as Netflix he set out to code Popcorn Time a few months back.

âAs a designer I love the challenge of simplification. Take something hard for the common user and make it usable. I have a lot of friends who donât understand torrents and I wanted to make it easy and effortless to use torrent technology,â Sebastian told TorrentFreak.

The app is currently available for all three major operating platforms including Mac, Windows and Linux and uses node-webkit. In simple terms, the app is more or less a browser that uses HTML, CSS and JavaScript to stream movies.

One of the first things that come to mind is copyright issues, but Sebastian claims that they are not worried about Hollywood pressing charges as none of its developers are profiting from their work as the app doesnât have ads or premium accounts or subscription fees. Popcorn Time creator notes that the app is something that has been developed to âlearn and shareâ with no commercial angle.

âWe hate that we donât have the chance to watch some movies at home. Popcorn Time is an experiment to show that you can do something better for the users, and that you can do it with BitTorrent,â Sebastian says.