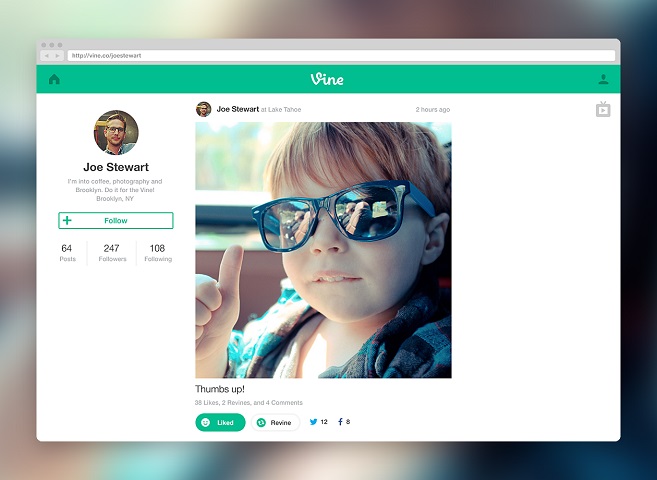 Vine said âWe donât have a problem with explicit sexual content on the Internet ââ we just prefer not to be the source of it.â

âAs weâve watched the community and your creativity grow and evolve, weâve found that thereâs a very small percentage of videos that are not a good fit for our community,â explained Vine, in its blog post. âSo weâre making an update to our Rules and Terms of Service to prohibit explicit sexual content.â

The company has also laid out a list of what can be posted and what not, in the âVine explicit sexual content FAQâ on the Twitter Help Center.

Vine states that nudity in a documentary context or artistic context or that is not sexually provocative or even clothed sexually suggestive dancing will be allowed.

But, sexually provocative nudity or sex acts (whether alone or with another person) or close-ups of aroused genitals underneath clothing or any art or animation that is sexually graphic will be banned.

In addition, the company is encouraging the current users to report any inappropriate Vine that violate the new rules and terms of service, through tapping on the three-dot under each post and selecting âReport this postâ option.