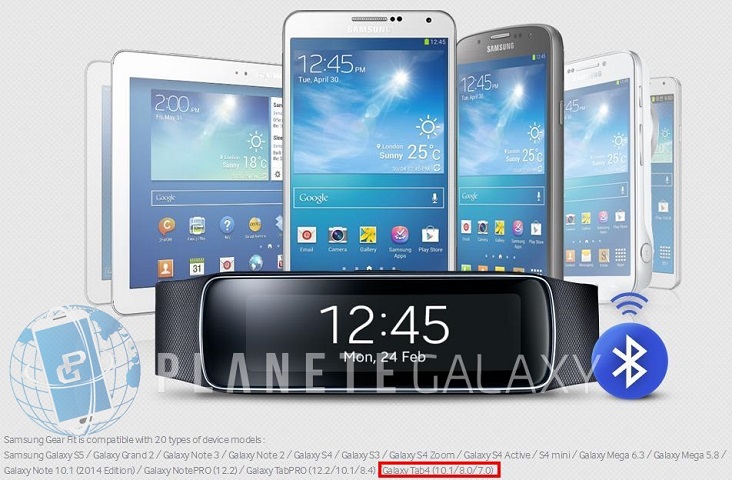 Samsung is seemingly too engrossed in advertising its Gear Fit, while has led to a slip up inadvertently revealing that its Galaxy Tab 4 tablets are almost ready.

PlaneteGalaxy came across an advertisement of Gear Fit and in the small print of the same was the mention of all the devices it is compatible with including Galaxy Tab 4.

The advertisement states that the Gear Fit can sync with Galaxy Tab 4 (10.1/8.0/7.0). In doing so Samsung has not only confirmed the existence of Tab 4, but has also confirmed that the tablet will be released in three models based on screen size.

Going by previous rumours, all the three variants will sport the same display resolution at 1,280 x 800 pixels with WXGA TFT screens. Further all three will be powered by quad-core processors clocked at 1.2GHz and will run Android 4.4 KitKat out of the box.