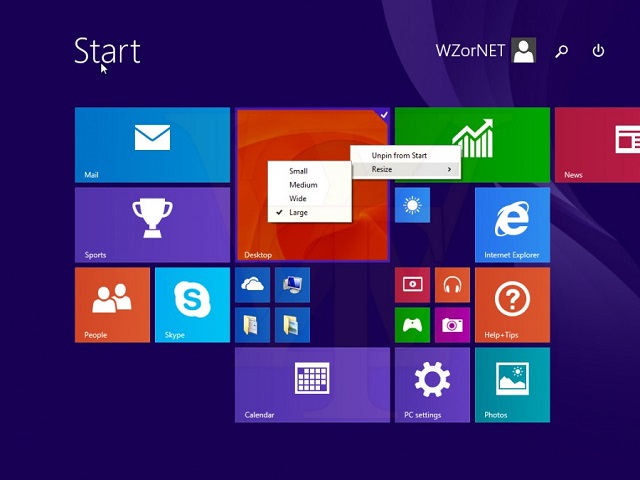 Windows 8.1 Update 1 is said to be releasing in April and new report indicates that this could indeed happen as the RTM (release to manufacturer) version of the latest operating system has already been signed off.

According to prolific Windows leaker WZor, Windows 8.1 Update 1 was signed off on February 26 meaning that Microsoft may have started shipping out the latest version to its manufacturing partners.

Microsoft is said to be releasing the signed off Windows 8.1 Update 1 during the last week of March or in first week of April on MSDN giving developers a change to play around with the updated version before Redmondâs BUILD 2014 conference.

Then on April 8, general public should expect the update to hit their systems alongside other fixes on Patch Tuesday.

Microsoft hasnât detailed the new features of Windows 8.1 Update 1, but has only said that the update will be released in Spring. Unconfirmed sources along with WZor have claimed that the Update 1 will support features such as pin Metro apps to the taskbar, power options, and search box on the Start screen.

Rather than dwelling into the details of Windows 8.1 Update 1 Microsoft revealed recently: âWe are making improvements to the user interface that will naturally bridge touch and desktop, especially for our mouse and keyboard users.â

âWe have a number of targeted UI improvements that keep our highly satisfying touch experience intact, but that make the UI more familiar and more convenient for users with mouse/keyboard.â