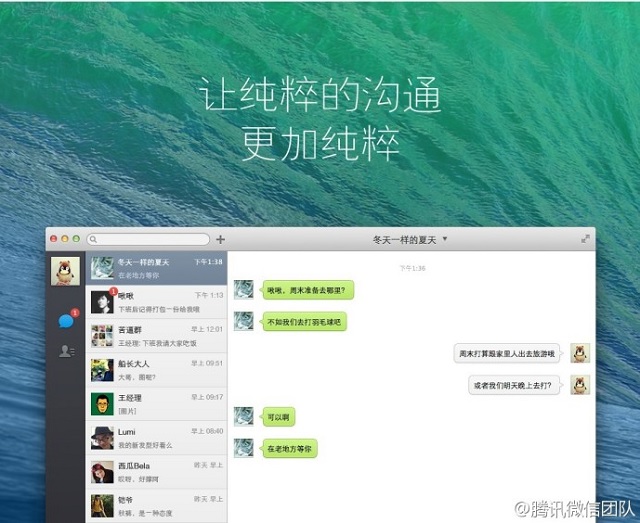 WeChat has officially announced a native Mac client for its messaging app.

A move seemingly targeted at its biggest competitor in the region LINE, which already has both a Mac and Windows client, the WeChat Mac client offers users an additional way to communicate.

WeChat Mac client will come in Chinese as well as English language and has been optimised for Mac desktops with support for Mac OS X 10.7 (Lion) or above.

Beyond the mobile apps, WeChat also offered a web version of the client which users could use to communicate with their friends and family. Users were required to simply scan a QR code and the browser version would sync with their mobile apps.

There is no official word on the release of a Windows native client, but considering that the company may not want to leave out Windows users, we anticipate launch of a native Windows client in a few months if not weeks.