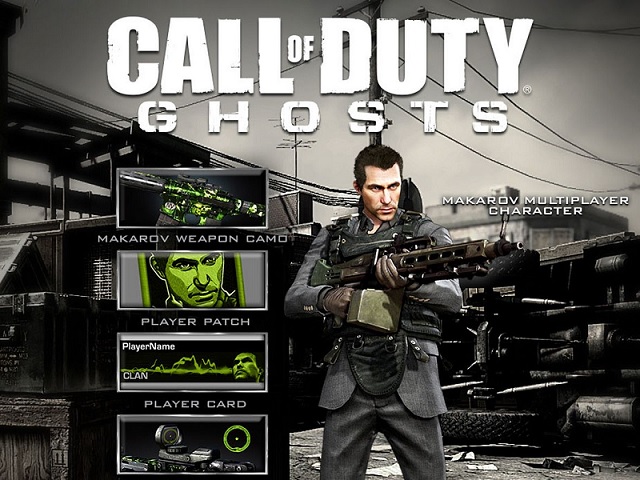 Infinity Ward has confirmed plans of releasing characters packs for its latest Call of Duty: Ghosts allowing gamers to play as some of the most notorious villains in the game including Makarov, Rorke and Zakhaev.

The character pack will only release for Xbox 360 and Xbox One initially and interested players will have to play $/â¬ 3.99 on March 4 to receive the packs as a DLC.

Infinity Ward and Activision are yet to announce the release date of the Makarov pack for other platforms, but players will have to wait atleast a month before they will be able to play as the bad guys.

The official statement on the forums read, “The epic new Makarov Legend Pack not only lets fans play as arguably the darkest villain in COD lore, but it also gives them a special, Makarov-themed Personalization Pack complete with a weapon camo, patch, reticle, playercard and background.”

The other two packs viz. Rorke and Zakhaev will be offered as separate packs alongside a new HAZMAT suit. Interested gamers will have to pay $/â¬ 1.99 depending on the region they are in.