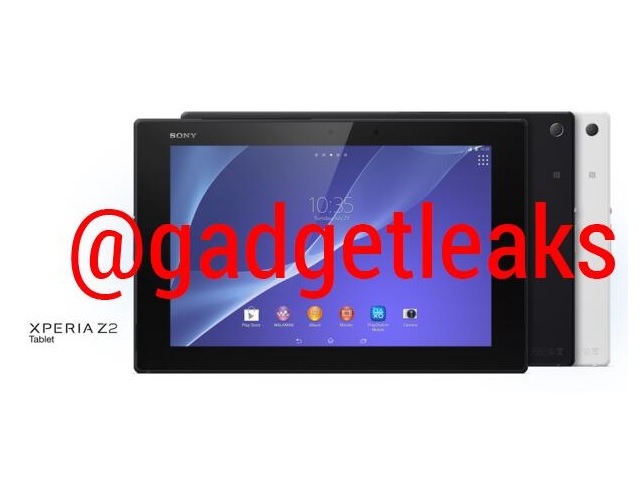 In the world where vendors are trying hard to provide a narrow bezel in their smartphones and tablets, it seems that Sony is yet to develop a taste for thinner bezel as recent leaks of alleged Xperia Tablet Z2 show a big fat bezel.

Two leaks from @evleaks and @gadgetleaks hint at the possibility of MWC 2014 release of the Xperia Tablet Z2. The tablet is almost the same as its predecessor when it comes to outer looks and design, but there are a few internal refinements to bring the tablet up to speed to be future-ready.

It is also said that the tablet will be equipped with a large 6,000mAh battery, 16GB internal storage with support for external storage using microSD card, and will run Android 4.4 KitKat operating system out of the box. Further, it is also believed that Xperia Tablet Z2 will be waterproof as well.

According to Gadget Leaks, the Wi-Fi only model will weigh just 426g making the device one of the lightest in the market even leaving the iPad Air behind.