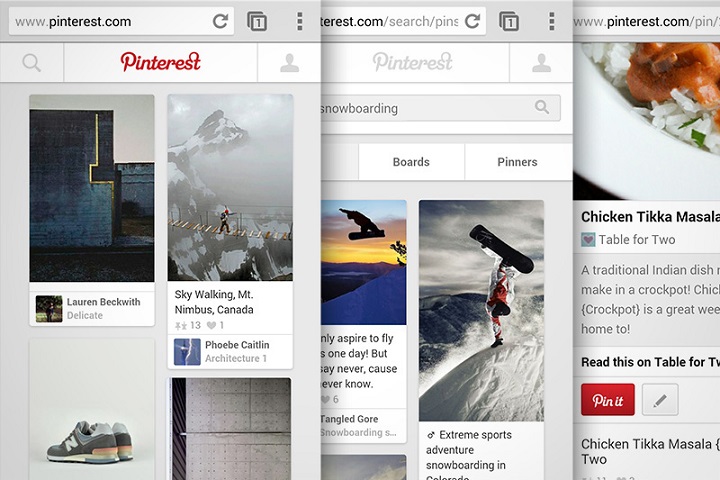 With an aim to expand its global presence, Pinterest, has been taking a lot of steps recently and the latest one is the revamp of its mobile site.

Pinterest recently updated its mobile website to make it easier for people around the world to access the service from anywhere any time. In a serious effort to bring a same user interface for all sorts of handsets, the social pinning website has redesigned its mobile website to make its layout look similar to the layout of its iOS and Android versions.

Pinterest’s mobile website now comes with a cleaner and polished design retaining the same features that one would get on the web or mobile app.

“As we launch in new countries around world, we want to make it easy for everyone to access Pinterestâno matter where you are or what device youâre using. Thatâs why we recently updated our mobile website”, announced Tracy Chou, Software Engineer at Pinterest in a blog post.

Last year in October, when Pinterest closed a $225 million round of funding, the company noted that it needed to do something in order to make its service more accessible to international users. Since the beginning of last year, the websiteâs mobile usage rose up more than 50 percent and companyâs figures revealed that around 75 percent of its user traffic comes from the iOS and Android mobile apps.

The companyâs mobile website was popular in the regions where users donât have access to these native apps. Although, Pinterestâs native apps still remains the fastest way for its access, the mobile site is also growing into a great alternative.