Sony hosting event on day one of MWC 2014 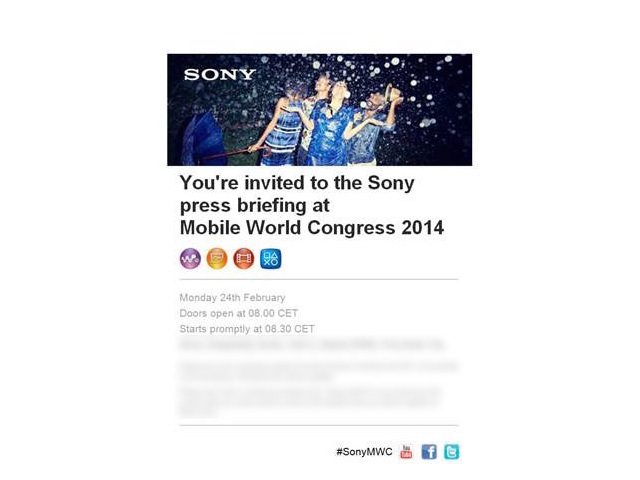 Sony has sent out invites for a February 24 event at MWC 2014 being held at Barcelona, Spain.

The invite doesnât provide any specifics about what to expect during the event, but it wonât be too far-fetched to assume that the event will be either about smartphones or tablets or both.

Some of the gadgets that may possibly make their debut include Xperia Z2 rumoured to have a high-res camera along with a more powerful processor and better display than the Z1. Chances are that Sony could also unveil a new tablet codenamed Castor.

February 24 is shaping up to be a rather busy day considering that Samsung is also hosting its Unpacked event on the same day where it is believed that the South Korean consumer electronics giant will unveil Galaxy S5.