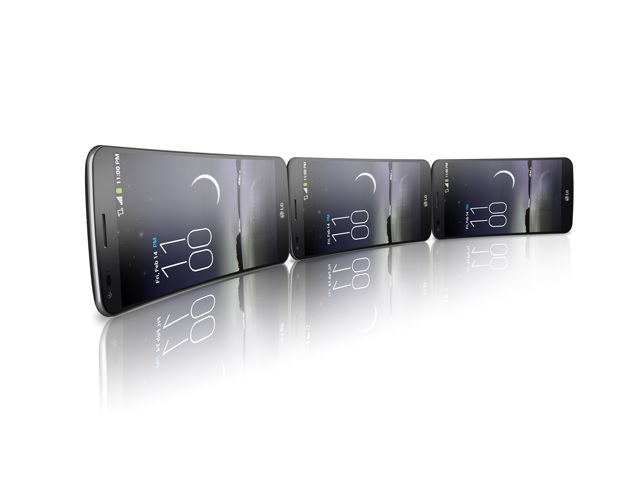 LG G Flex has been launched in multiple markets and with nearly $699 at stake (contract free), it won’t be hard to assume that you are digging around for reviews.

LG gambled big with its vertically curved smartphone and it seems that the gamble may have paid off. The G Flex is the first curved display smartphone of its type with a self-healing coating on the rear that prevents the smartphone from accidental scratches. We present to you here a no-fluff bird’s eye review of the G Flex to help you decide whether to walk-in to a store to try it out or not.

Design is one of the most important facet of any smartphone and decision hinges on the fact whether the design of the handset is appealing or not. The thing about G Flex is that is an enormous smartphone that measures 6.32-inch in height and is 3.21-inch wide. If you are a fan of the big sized smartphones often known as phablets, you won’t find the size a huge obstacle.

The real winner in the design is the eye-catching curvature from top to bottom at sits more or less perfectly on your face’s contour something that Samsung Galaxy Round may lack to a great extent. The flat deficiency of the G Flex is aptly substituted by the awesomely curved body. Another thing that the curvature of the G Flex helps in is the reduction in screen glare.

However while operating the phone you will still be required to use two hands – specifically while navigating through menus or playing games.

Another unique selling point of the smartphone is the ‘self-healing’ rear panel that prevents accidental light scratching which the smartphone may be subject to while carrying around in pockets or purse or bags.

The front packs a massive Polymer-OLED screen that is both bright and sharp. However, one thing that won’t definitely go down well with specification buffs is the lack of 1080p display as LG has opted for a 720p display instead.

Hold the G Flex in a landscape mode and the curvature actually helps when you are watching movies or videos. However, there could be instances wherein if you are reading an ebook or a long email, you may feel a little nauseous.

Considering that the G Flex packs a Snapdragon 800 SoC clocked at 2.26 GHz with an Adreno 330 GPU there was little room for an suspicion about the speed and performance of the smartphone.

Beyond the powerful processor the G Flex has a 13-megapixel rear camera and a 2.1-megapixel front snapper, 2GB RAM, 32GB of internal storage, 3500mAh battery, but lacks a microSD card slot. Owing to the battery size, G Flex should easily last a whole day of streaming video, music, and web surfing.

We would have assumed that LG will run Android 4.3 Jelly Bean on G Flex, but it didn’t and the smartphone runs Android 4.2.2 out of the box. Switch on the smartphone and one feels that the LG has taken a cue from Samsungâs TouchWiz; however the overall experience is good enough.

LG has backed its Optimus UI in the G Flex on top of Android making the overall experience an enjoyable one. LGâs ‘Dual Window’ feature allows you to use two apps at once. Further LG also lets you adjust and customise certain features such as bottom navigation bar. Double tap on the screen and the KnockOn feature turns the device on and off. There is this Qslide that lets you use certain apps in a floating, resizable window with transparency.

The G Flex does make heads turn and if you are looking to be one of those early technology adopters that don’t give a damn about what others think when you carry an odd looking yet swanky piece of gadget, we would recommend that you atleast try your hands-on the G Flex in-store on a demo piece before you decide not to buy one.