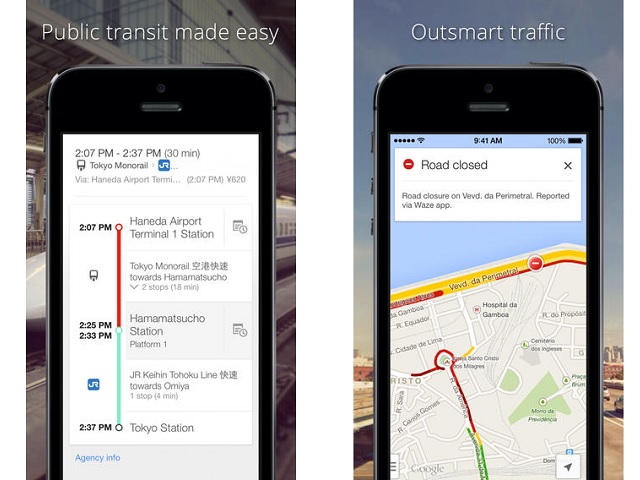 Google has rolled out an update for Google Maps on iOS adding a new âfaster routeâ feature this week. This new feature will notify the users in navigation mode when a faster route to the destination becomes available. In addition to this new feature, this update also includes some bug fixes.

With Google Maps Version 2.6 update, users can chart a route to their destination and get to know traffic data in real time. Google Maps will identify any traffic up ahead in the users’ current route and alert them with alternative quicker route. Users will have an option to âRerouteâ or stick to the current route by tapping âNo thanksâ. This feature is available in countries where navigation is supported.

Google has enhanced turn-by-turn navigation with dynamic rerouting in this update in an effort to bring the iOS version of Google Maps at par with its Android equivalent, which received this feature in an update last month. The previous version of Google Maps featured only multiple possible routes, but not the lookout for quicker way, even after the user picks up a route.

‘Faster Route’ is a popular feature in Waze, a crowd-sourced traffic app from the mapping company acquired by Google last year for a reported $1.3 billion. With this acquisition, Google added real-time incident reports from Waze to its Google Maps, enabling the information about accidents, construction, road closures, or any other incidents, that Waze users report to appear on the Google Maps apps for Android and iOS.

Updated Google Maps for iOS is available on the App Store app.