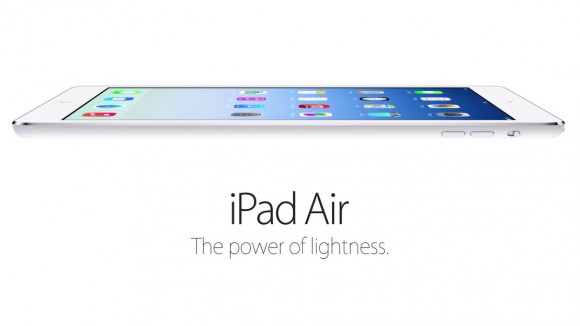 A lawsuit has been filed against Apple over the use of touchscreen panels in products like the iPad Air this week.
Hilltop Technology filed a suit against the iPad maker in Texas district court on Wednesday, claiming that the accused is infringing on a patent it owns for a “capacitive type touch panel.”

The patent was first filed in April 2008 and issued in Jan. 2011, said Hilltop. The company claims that “all Apple products having a capacitive type touch panel, including its iPad Air,” infringe on this patent.

According to Hilltop, the company “has suffered monetary damages in an amount not yet determined, and will continue to suffer damages in the future unless Apple’s infringing activities are enjoined by this Court.” The plaintiff is demanding an injunction and damages from Apple for infringing its patent.

This is not the first time that Hilltop has filed a patent infringement suit. Similar lawsuits were filed by the company against TPK Holding and Wintek Corporation in November and against AU Optronics in September. AU Optronics is however denying that its technology infringes on Hilltop patents.

Most of the new gadgets including the iPad Air, Android-based devices and new Windows devices, all make use of touchscreen displays at this point. Cupertino, in a recent earnings report, revealed that it sold 51 million iPhones and 26 million iPads during the quarter ending Dec. 28.