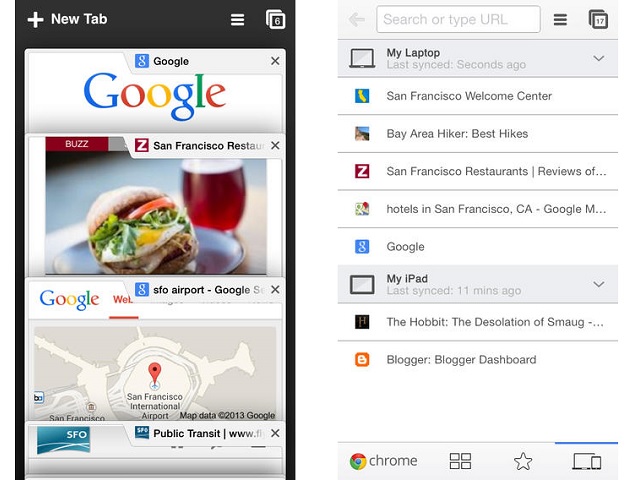 Google has finally released the updated Chrome for iOS with feature such as quick translation, and data compression two weeks after it promised the update.

The latest version of Chrome for iOS – Chrome 32.0.1700.20 â will allow users to quickly translate pages with just a single tap says Google. âWhen you come across a page written in a language that you donât understand, just look for the translation bar. One tap and the page is quickly translated for youâ, notes Google in a blog post.

Further the update also brings with it data compression feature, which once enabled will reduce data usage by up to 50 percent. Users can enable this option by navigating to Settings > Bandwidth > Reduced Data Usage.

Updated Chrome for iOS also brings a New Tab Page feature that not only shows up the Google search bar, but also shows a list of frequently visited sites and recently closed pages allowing users to search for stuff quickly.