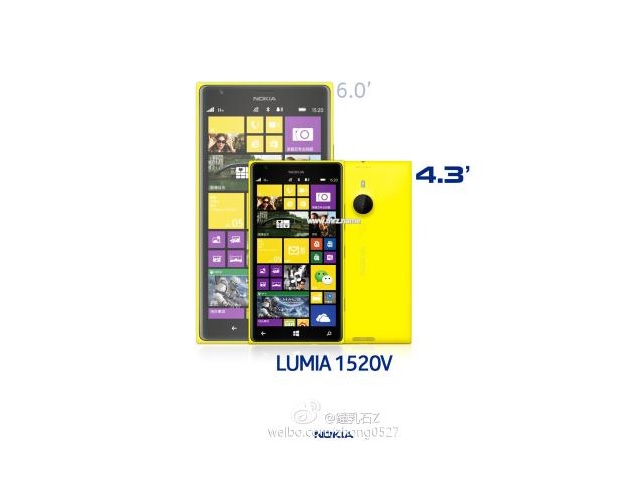 Nokia is going to flood the MWC 2014 smartphone scene with a range of Windows Phone 8.1 smartphones including the Lumia 1820.

According to reports from the upstream supply chain in Taiwan via DigiTimes, Nokia has already prepped quite a few Windows Phone 8.1-powered smartphones and they all will be let loose at MWC at the end of February. Lumia 1820 is expected to be powered by Qualcomm Snapdragon 805 processor, a 5.25-inch qHD display and a 3,400mAh battery. This smartphone is expected to be the next flagship of Nokia.

Further, it is also expected that the Lumia 1520V aka Lumia 1520 Mini which has been making the headlines for a few weeks now will also be unwrapped at MWC 2014. It is believed that the Windows Phone 8.1 powered smartphone will pack a 4.45-inch display with 768 x 1,280p resolution, a 2370mAh battery, and a 3-column Live Tiles interface just like its bigger screened sibling. Earlier it was believed that it will have a full HD screen, but that seems less likely.

Beyond the Lumia 1820 and Lumia 1520V, Nokia is also likely to show off its Lumia 1525, which is said to be a 6-inch phablet and probably an improved and refined successor of the Lumia 1520.