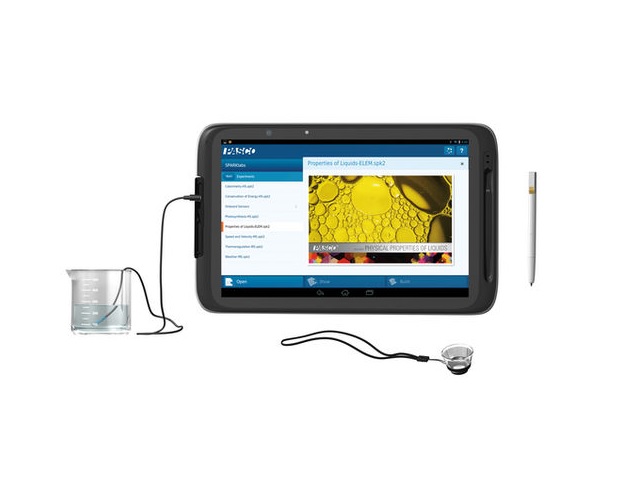 Intel has been in the educational PC market since years and today it has refreshed its presence by unveiling reference designs for new tablet and PC accompanied by intriguing peripherals and software.

The ECS TR10CD1 is an 10-inch tablet that runs Android 4.2 Jelly Bean, is powered by 1.2GHz dual-core Intel Atom Z2520 processor based on âClover Trail+â Atom platform, 1GB / 2GB RAM, up to 32GB internal storage, front and rear facing cameras, and a whopping 12 hours of battery life â at least thatâs what Intel claims at the moment, Wi-Fi and 3G connectivity.

Intel will not be selling the new educational line-up by itself, but instead will leave it on its partners to configure them as per their requirement and sell them off in different markets.

Both the devices come with a range of peripherals that are specifically targeted for educational purposes. Consider for example the thermal probe or the snap-on magnifying camera that allows users to carry out a variety of experiments.

Further the systems will come two applications developed by Intellisense. One is a Education Lab Camera and the other being Education Media Camera allowing users to use the magnifier to shoot pictures, and later edit and share them.

Where and how much?

Intel’s new educational PC is capable of running Microsoft Windows 8 operating system, Windows 7 and Linux. The Windows 8 version will be available in Americas, Europe, Africa, and the Middle East starting this month itself, while Asia-Pacific region will get it later in Spring.

Intel hasn’t detailed any pricing information and it seems that it will be left on the unnamed partners to decide.