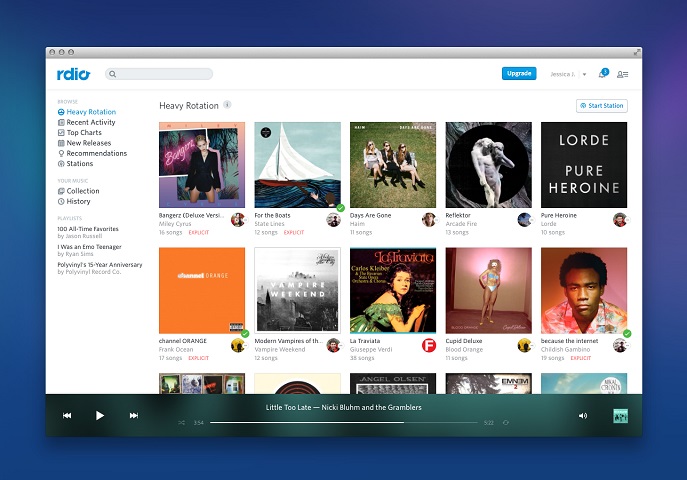 Following the footsteps of Spotify, Rdio has announced free web-based unlimited streaming for all US users.

âIf you love something, set it free. Well, we couldn’t agree more. So starting today Rdio is free in the U.S. on the webâ, announced Rdio in a blog post.

This means that web based Rdio users will now be able to listen to over 20 million songs for free. The offer also includes albums, playlists and stations. Howerver, there is a catch. Rdio has added in-stream messaging, which will feature âannouncements, messages from partner brands, notifications about exclusive content, and other helpful tipsâ â basically ads.

Rdio has been struggling to keep pace with its rivals â specifically Spotify â and the latest move seems to be a desperate attempt to keep its users from defecting to Spotify, which has removed time limits on music streaming on the web as well.

Rdio noted that its ad-free version âRdio Unlimitedâ is still up for grabs for $9.99 a month that will give users unlimited streaming on web as well as mobile apps. Rdio iterated that those using mobile apps can always listen to âStationsâ which is a free option for mobile app users.