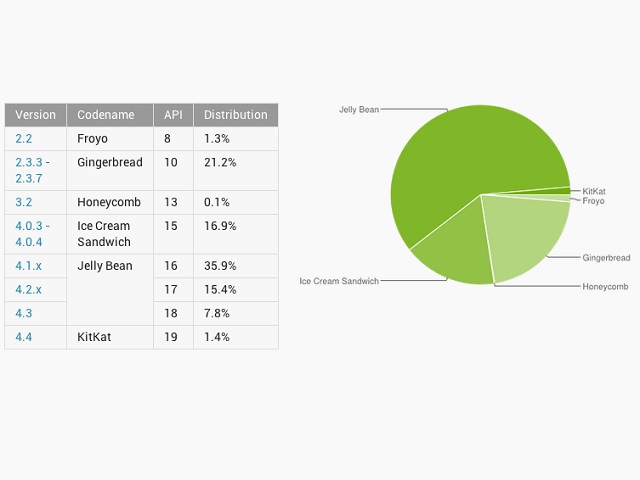 The three builds of Jelly Bean run on nearly 60 percent of all Android devices out there, Googleâs latest distribution statistics reveal.

Data collected during the 7 days for week ending January 8, 2014 reveal that Jelly Bean 4.1.x is installed on 35.9 percent devices; 4.2.x garners on 15.4 percent; and 4.3 on 7.8 percent of devices. This sums up to 59.1 percent share between the three builds making Jelly Bean the most installed Android distribution.

Android 4.4 KitKat is installed on mere 1.4 percent devices owing to the fact that the distribution isnât widely available for all handsets yet. The situation isnât likely to change for KitKat as most of the smartphone vendors are still going to take a couple of more months to provide Android 4.4 updates for their devices.