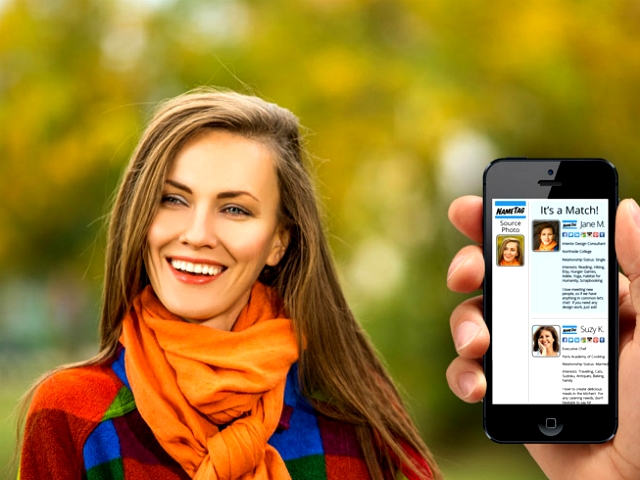 FacialNetwork.com has created a Google Glass app called NameTag capable of automatically scanning strangers using facial recognition technology and then matching them to publicly-available online profiles. The app that claims to connect people that want to be connected has been described as a âserious threatâ by privacy advocates.

In case of Google Glass the process of uploading, matching and information retrieval is automated and users donât need to upload the photo of a stranger to companyâs databases. However, the creators of the app have revealed that they will soon be releasing apps for smartphones where users will be required to take a photo and upload it to the companyâs databases.

NameTag creators are yet to reveal on how they will be compiling their database, but it is suggested that they will be using publicly available information from social networking including Facebook and Twitter. The company revealed that users will soon be able to opt out and âchoose whether or not they want their name and information displayed to others.â

Privacy advocates have heavily criticised such apps already and even Google has banned use of facial recognition on Glass; however, this wonât stop users from using facial recognition technology based apps as the device can easily be âjailbrokenâ, just like any tablet or smartphone.

Mike Rispoli, Communications Manager of Privacy International, told PinkNews, “Companies like NameTag that want to aggregate all this information and combine it with deeply-invasive technology like facial recognition software without our permission completely expose all of us to any stranger on the street.”

Rispoli said that the creators must be kidding themselves if they think that the primary use of such apps âwould be some sweet person looking for a date.â

âThey seem to leave out all the other likely users: the police, private investigators, wanna-be stalkers, deranged people, or anyone seeking an unwanted romantic liaison”, he added.