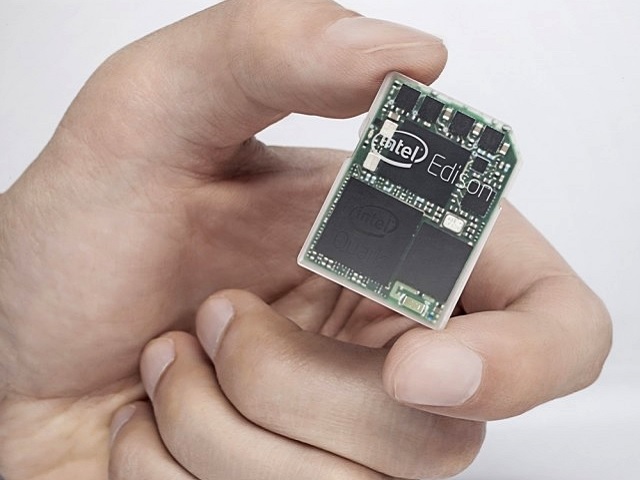 Intel announced Edison, its SD card-sized PC, which is a miniature yet full-blown Pentium-class PC that provides compute capabilities thanks to its 22nm Quark processor.

Edison is a dual-core PC wherein the larger core is clocked at 400MHz while the other smaller core can be variably clocked between 50MHz and 200MHz. Edison also packs 512MB LPDDR2 RAM, flash storage, Wi-Fi and Bluetooth communication abilities. Intel said that the Edison can be programmed to “manage I/Os and other baseline functions.”

“Wearables are not everywhere today because they aren’t yet solving real problems and they aren’t yet integrated with our lifestylesâ, said Intel Chief exec Brian Krzanich.

âWe’re focused on addressing this engineering innovation challenge. Our goal is, if something computes and connects, it does it best with Intel inside,” he added.

As the SD card-sized PC is based on x86 architecture it supports Linux and theoretically all other operating systems that a PC would support out of the box. However, Intel hasnât detailed all the operating system variants and versions that the Edison will eventually support.

Intel showed off some gadgetry that makes use of the Edison including a âsmart turtleâ baby monitoring system that keeps track of a babyâs vitals including its heart rate, breathing, and movements as well as its clothing and transmits these details to a smart mug, which the parents / babysitter can monitor.

DIY fans will be pleased with Edison and it is a great choice for rapid prototype, but Intel must be hoping that main stream vendors adopt the SD card-sized PC and put it to âsmartâ use.