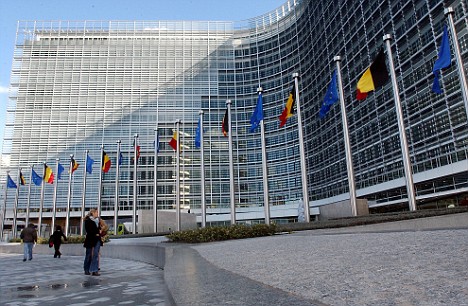 The European Union proposed today that they want to cut the wholesale roaming rates which telecom operators pay to each other when their customers use their phones in a different country. EU is trying to do this in order to abolish retail roaming charges by July next year.

An year ago, EU struck a deal across 28 countries to completely abolish mobile roaming charges but that depends on the wholesale prices to be competitive enough so that telecom operators can offer free roaming to their customers without any operating loss.

EUâs executive, the European Commission have proposed a deduction in the maximum amount that operators can charge each other, which includes, 4 euro cents a minute for calls, 1 euro cent per text message and 0.85 euro cent per megabyte of data. This will ensure abolition of retail roaming charges without distorting the market.

Giving the good news to all the customers, the Vice President of the European Commission, Andrus Ansip said, “In a year from now, we’ll say goodbye to roaming charges.”

But it is expected that the proposal will face many disagreements, as it is basically trying to hamper the roaming charges law.

Also, telecom operators in countries like Greece, Spain and France, which get a large amount of incoming traffic, want the wholesale rates to be high enough, so that they can still handle the extra traffic and keep investing in more networks.

On the other hand, telecom operators in eastern European countries where customers do not travel as much think that removing retail roaming rates without lowering wholesale prices will only force them to raise their domestic rates.

Currently, the wholesale prices are – 5 euro cents a minute for calls, 2 euro cents for text messages and 5 euro cents per megabyte of data.

The mobile operatorsâ association which represents several mobile businesses, said,”Any regulation of wholesale prices should ensure that consumers are able to continue to enjoy and grow their use of roaming services in a predictable and confident manner while all mobile operators … can cover their costs from providing those services.”

Also, the European association which represents mobile virtual network operators (MVNOs), also stated that the proposed rates by the Commission were way too high.

The Vice President of MVNO, Innocenzo Genna, said “Various mobile operators will not be able to cancel roaming charges as foreseen and they will be forced to use the exceptions permitting them to continue to apply roaming surcharges to recover their costs.This scenario will also favour an increase of mobile tariffs in general because the wholesale market will be less competitive.â

The retail charges will be abolished on June 15, 2017 and after that all the operators will be able to apply a âfair useâ policy which will stop roaming permanently.