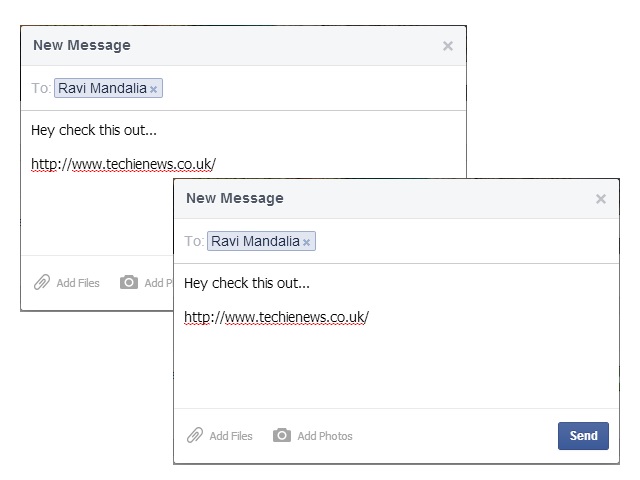 Facebook is facing a class-action lawsuit initiated by two of its users, Matthew Campbell and Michael Hurley, who claim that the social networkâs âprivateâ message feature is actually not private.

The duo claims that Facebook isnât living up to its promises â one of which is not to share private messages with third parties. The suit claims that if a private message contains a URL, Facebook parses that URL along with the contents of the message and uses it for targeted advertising.

The claims in the lawsuit are backed by the research carried out by High-Tech Bridge wherein it was reported in August 2013 that Facebook parses links in a private message. The research was backed by Ashkan Soltani, a former FTC investigator, in October last year.

The suit claims that Facebook is misleading its users into believing that their private messages are secure and completely private. However, âFacebook intercepts and scans the content and treats portions of that content no differently than a public ‘Like’ or post, broadcast openly across the Internet,” the court filing reads.

The duo have also claimed that the purpose of this âinvasiveâ scanning is not for the benefit of users, ârather is a mechanism for Facebook to surreptitiously gather data in an effort to improve its marketing algorithms and increase its ability to profit from data about Facebook users.”

The lawsuit asks for compensation for Facebook users who have sent a private message ($100 per message) with a cap of $10,000 per individual.

Facebook spokesperson told Bloomberg that they will defend themselves âvigorouslyâ as the allegations are âwithout meritâ.

Refer CNET for the entire complaint.