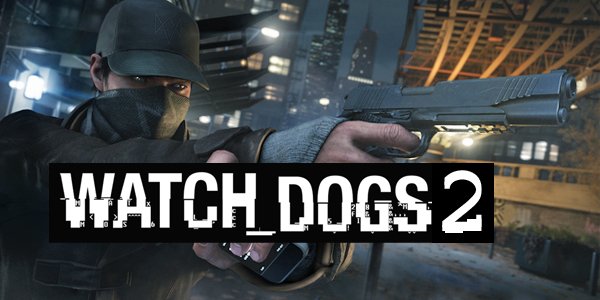 After rumours and leaked reports, the official confirmation for Watch Dogs 2 is finally here.

In a streamed announcement, Ubisoft revealed the protagonist of their game, improved features and a brand new expansive settings menu.

The original installment of Watch Dogs was released back in 2014. The game had tried to explore the open-world of Assassin’s Creed in a more modern setting. This was done by featuring hacking as a major skill of the protagonist, Aiden Pearce, who roams around the streets of Chicago with vengeance on his mind.

While the game was instantly a hit, its approach to hacking was rather constrained. But all that is going to change with the sequel.

Watch Dogs 2 will have Marcus Holloway as their new protagonist. He is a member of a fictional hacker group called Dedsec and he has been accused of a crime he did not commit.

The only common link between the first and the second part is the Anonymous-like hacker group Dedsec. While it was only featured on the sidelines in the first part, Marcus becomes an active member of the group in Watch Dogs 2.

Also, instead of Chicago, this game is based in San Francisco. So, the gamers can expect more of an open plan than the big skyscrapers of the Windy city.

Though, just like Chicago, San Francisco will also be controlled by ctOS, which is a smart city operating system just begging to be hacked by someone. Along with the protagonist, there will be other characters too from shady corporations to criminals.

Senior producer Dominic Guay in the game’s announcement said, “For the setting of Watch Dogs 2, we wanted to have a different vibe. So our San Francisco keeps all the important parts of the Bay Area. There’s a different feel, a different vibe, a different look to all of the areas of our world.”

“Characters shouldn’t only react to you, they should react to each other,” Guay added. “You need to feel like this city is alive, even if you do nothing. Then, if you start doing things, if you start playing in the world, the city should react to what you’re doing. It should feel malleable, it should surprise you in how it reacts.”

“It’s a world that has a lot of potential for game play. “If you’re a hacker and you go to Silicon Valley, and you have the head offices of some of the biggest tech companies in the world, what would you do?”, said Guay.

As E3 2016 kicks off this weekend, we can definitely expect more of Watch Dogs 2.