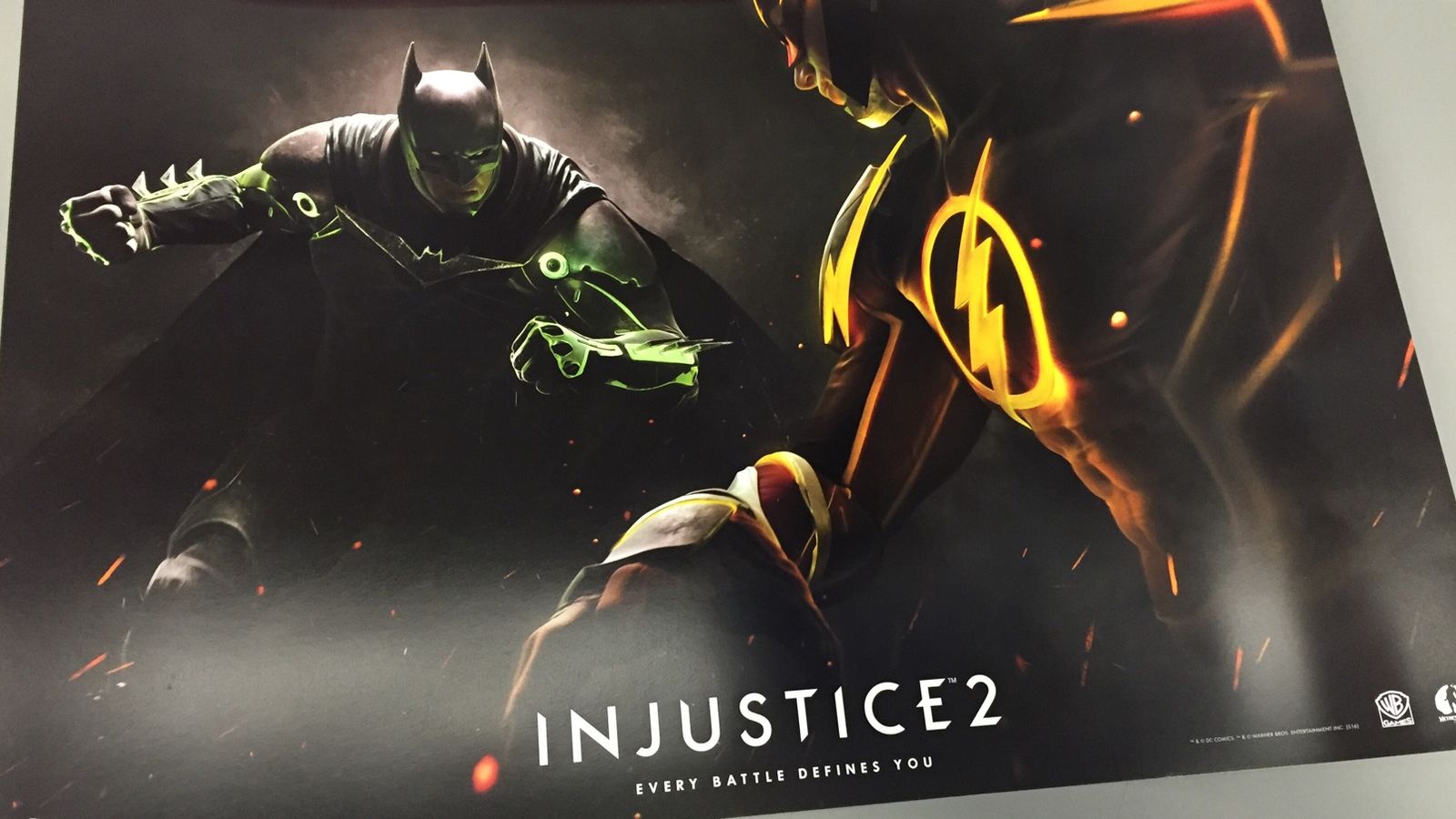 Just ahead of E3 2016 event this year, posters of the Injustice: Gods Among Us 2 have been leaked, confirming that this game is indeed in works and the gamers can expect it to be launched soon.

It was Polygon that reported this because they were contacted by a âhelpful tipsterâ and sent this poster. According to reports, this poster came from one of the branches of GameStop. The game selling chain was sent these posters from Injustice developers and they were supposed to be given to customers who pre-order the game.

The poster that was leaked showed Flash going against, what looked like a, Kryptonite aided Batman, and beneath that it was written, âEvery Battle defines you.â

The image of the poster was also shared by a Twitter user, and it obviously went viral on the micro blogging website.

According to the tipster, these posters are exclusive and will only be available till the stock lasts.

But, this isnât the first time there have been talks about Injustice 2. Last month, French website Game Blog had claimed that the next installation of Injustice was definitely in the works, and it might even be released before E3 2016. The final launch date given by Game Blog was March 2017, and they claimed that the game would be released for PS4, Xbox One and PC, and it would use the same engine as Mortal Kombat.

While the social media was still speculating and talking about this poster, the creative director for Injustice developer NetherRealm, Ed Boon tweeted a picture, almost confirming the release of the game. He posted a picture titled âParty Invitation Listâ, and on the list were President Obama, Beyonce, Taylor Swift, Oprah, George Clooney, and GameSpot. Except GameSpot had been crossed out. It clearly referenced the fact that GameSpot was the one behind this leak and Boon was obviously unhappy about it.

With the excitement around the game, and posters already sent to GameSpot for pre-ordered games, it seems like the game might just be launched at E3 which kicks off this Sunday.

For those of you who have never played the game, Injustice 2 will be a follow up of the very famous DC themed game, Injustice: Gods Among Us. The game has been developed by the makers of Mortal Kombat, NetherRealm.