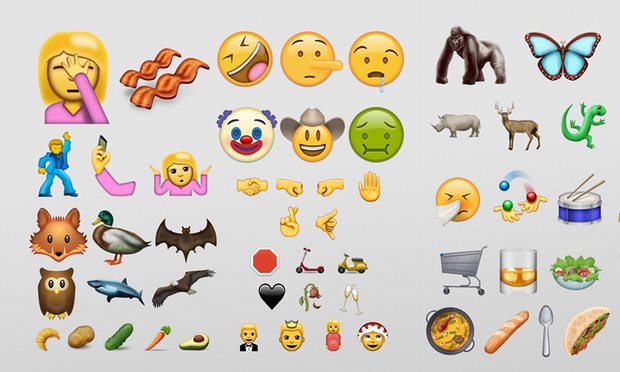 72 new emojis will be launched with the release of Unicode 9. Among them are a selfie face, a facepalm, person doing cartwheel, pregnant woman, avocado and even a bacon.

The body that approves and controls universal standards for letters approved 72 emojis on June 2nd.

Surprisingly, a lot of new breakfast emojis have been added for the people who are a fan of the first day of the meal. They include pancakes, croissant, egg, and baguettes. If you are healthy food lover, you will find a green salad on the list too.

A lot of new emojis have also been added in the activities section like fencing, water polo, juggling, scooting, and martial arts.

Google Employees had put forward a proposal for professional women emojis but unfortunately it seems that itâs still a work in progress. Though gender equality enthusiasts will be happy to know that a prince emoji has been launched to match the princess emoji.

The founder of Emojipedia, Jeremy Burge had said that the maximum searches on his online resource were for âfingers crossedâ and âshrugsâ emoji.

âIâm a big avocado-for-breakast kind of guy, so that will be the one I use a lot. Iâm sure the face palm will also be very popular. Itâs a very flexible gesture,â he added.

Separate vendors like Google, Apple and Microsoft will be able to roll out these new emojis on June 21. These will join the other 1,601 emojis that are already present. Two emojis, Rifle and penthalon were rejected, possibly because the vendors didnât want to support them.

Also more details about Unicode 10.0 are coming up. The new version is going to be released next year. Unicode executives had indicated in May that orange heart, sled and curling stone could be done, as well as dumpling, takeout box, chopsticks, fortune cookie and âface with one eyebrow raisedâ.

There were also proposals to include a three-fingered salute and three dinosaurs – the tyrannosaurus rex, the brontosaurus and the triceratops.

Currently, it seems better representation of women is the highest priority for Unicode. Since there is only a prince and a bride emoji alongside male construction worker, police officer, guardsman, spy and Father Christmas.