Microsoft Outlook and Hotmail users have been flooded with spam 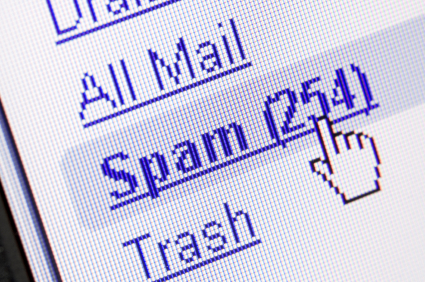 Microsoft has finally admitted that something is seriously wrong with Outlook and Hotmailâs spam filter as the users are flooded with fake lottery emails and car insurance deals that do not exist .

According to the reports, this problem is plaguing Outlook and Hotmail users all around the world.

Though the tech giant didnât agree so clearly. In a vague statement, Microsoft wrote on its Service Status page, that “Some users may be receiving excessive spam mail.”

After issuing the above statement, Microsoft claimed that it had put in two fixes to resolve the issue. “One will provide short term relief preventing spam reaching your inbox. The second will be a longer term fix which should stop spam reaching our infrastructure and is approximately 80 per cent complete.”

While some users did report that the number of spam emails had come down to the normal level, others are still facing the same problem.

This has obviously not sit well with Microsoft Outlook and Hotmail users, and they have been using social media to ask the company what is going on. While others took this as a great opportunity to troll Microsoft.

“Getting a spam/junk email about every minute into my main inbox,” tweeted one user.

“Drowning in junk mail,” added another user on Twitter. Taking a jibe at Microsoft, one user wrote on Reddit, “Look at all of these great deals I’ve been missing out on for years. Now if you chaps will excuse me, I’m off to become a… millionaire getting a great deal on my car insurance with my new Russian bride at the Casino with my free bets.”

The last update that the service page reported was, âWe’ve implemented both the fixes throughout the affected infrastructure, which has mitigated impact.â

But users are still complaining that spam filter is not working in their mailbox. In fact, there are also users who are live streaming their mailbox on Periscope, and showing how the spam mails are increasing every second.

Hotmail service was transferred to Outlook in 2013, even though the users have retained their @hotmail.com email addresses, they use Outlook to access it. Two years ago, the service had 400 million users.

It had also been reported that Microsoft is migrating Outlook.com backend over to Office 365 service but itâs not clear if the failure of spam filter was a cause of the migration.