Confirmed: Comets in space do contain building blocks of life 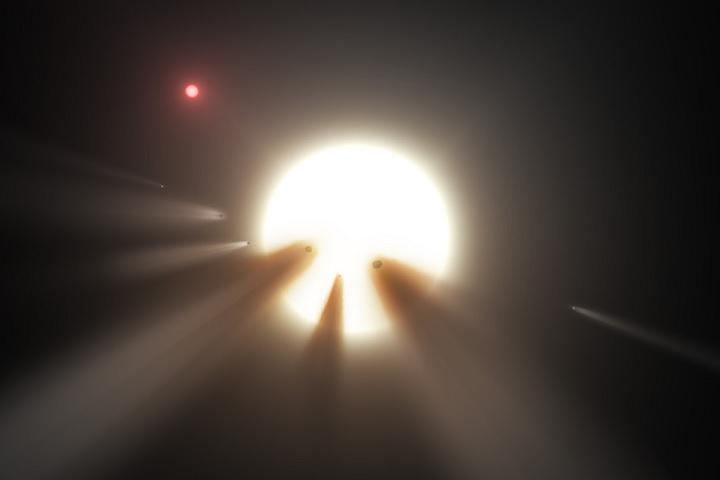 The search for extraterrestrial life has received a huge shot in the arm thanks to the latest discovery made by the European Space Agencyâs (ESA) Rosetta space probe. The momentous findings came as the result of an ongoing study of the Comet 67P/Churyumov-Gerasimenko (67P). ObservationsÂ made by the probe, which is the first of its kind to successfully orbit a comet, and its Philae lander craft (which made the first ever soft-landing onto a comet) have confirmed the presence of complex organic compounds and amino acids on the comet.

The idea that comets contain complex compounds and possibly the basic building blocks of life is certainly not a new one. One of the prominent hypothesis about the origin of life on earth suggests that comets delivered the ingredients that went into the âprimordial soupâwhich gave birth to life here. The findings by Rosetta have further strengthenedÂ this hypothesis.

In fact, Rosetta is not the first craft to discover the presence of such compounds on a comet. That honor belongs to the NASA craft Stardust, which brought back samples of comet dust containing the amino acid Glycine from the comet Wild-2 in the year 2009. But unfortunately, since glycine is a common building block for earth based organisms, the NASA scientists couldnât rule out the possibility of comet dust samples getting contaminated by terrestrial glycine samples during the landing and recovery process.

So why is the Rosetta find a big deal? It is all a question of definitive proof. Since the discovery was made by the craft while in the cold sterile vacuum of outer space, we can totally rule out the possibility of contamination by terrestrial traces of Glycine. The Rosetta discovery establishes beyond reasonable doubt that comets in outer space can contain the building blocks of life.

So does this mean that we can expect a contact with an alien species in the near future? Of course not, there is no way anything remotely like that can be predicted based on findings such as these. These are just our baby steps as we slowly learn more about the dynamics that underpin the complex universe we live in. There are billions and billions of planets in our galaxy alone, and there is no count on the number of comets. But if we can reliably say that if at least a fraction of the comets out there might be carrying organic molecules, then the probability of life evolving on one of those billionsÂ of earth-like planets out there gets that much stronger.

As an interesting aside, Rosetta and its tiny Philae lander are named after the Rosetta Stone and Philae obelisk, historical artefacts that helped in the decipheringÂ of the ancient Egyptian hieroglyphics. As an ode to this connection, the craft also contains a micro-etched Rosetta Disk donated by the Long Now foundation, containing thousands of pages of text in 1200 human languages. If, contrary to our expectations, intelligent aliens do make contact with the craft, they will at least get a crash course in human languages!