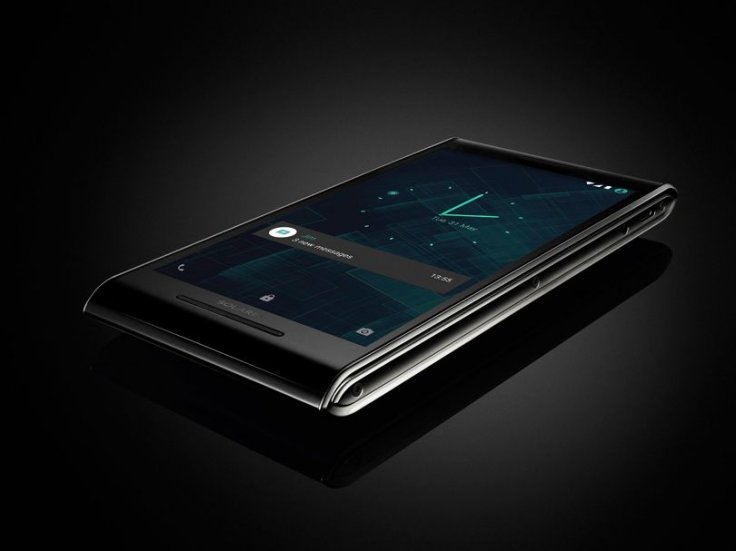 Sirin Labs has launched its new smartphone, Solaris and it is going to cost a whooping Â£9,500. According to the company claims, this is the most secure smartphone in the world.

With this phone, the company is trying to target rich clients who carry a lot of sensitive information on their phones and the users that are looking for an alternative to Vertuâs smartphones.

The company was able to build Solarin because of the $49 million venture funding they received. With Solarinâs military grade security, it is straight up against other secure phones like Blackberry, Blackphone by Silent Circle and Samsungâs Knox.

According to the company, âthe data is kept same from the broadest array of advanced device, network and application mobile cyber attacks,” and the phone âprovides most advanced privacy technology currently available outside the agency world.”

Talking about their new launch, the chief executive and co-founder of Sirin Labs, Tal Cohen said, “Cyber attacks are endemic across the globe. This trend is on the increase. Just one attack can severely harm reputations and finances. Solarin is pioneering new, uncompromising privacy measures to provide customers with greater confidence and the reassurance necessary to handle business-critical information.”

To build strong security, the company partnered with KoolSpan, a firm which specialises in messaging and mobile security. With the help of KoolSpan, Sirin Labs was able to build a chip-to-chip with 256 encryption. This is the same technology which is used for military purposes.

Solaris has a 5.5 inch screen, 2K resolution and it runs on Android. The camera has 23.8 megapixels along with four tone flash and laser autofocus. Coming to the sound part, the phone has three bass-boosted speakers which are linked through an amplifier that helps in minimizing distortion when the volume is turned up.

The phoneâs body has titanium panels and metal matrix composite chassis which keeps its weight low and strength high. Just like all the latest phones, the screen glass used on Solaris is a Corning Gorilla glass 4 that curves on the bottom and top edges.

Also like the other latest Android phones, this too runs on Qualcomm Snapdragon 810 processor. This is the same processor which caused over heating problems in several phones last year, but it has been reported that the issue has been fixed now. And of course, the phone has LTE.

Solaris will be available in the market from June 1st in four different colours. It will be sold through Sirin Labsâ official website, their store in Mayfair, London and at Harrods.