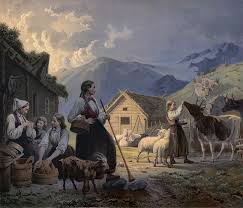 According to recent researches, administering antibiotics in farm animals results in higher methane release. Scientists are of the opinion that the drugs are instrumental in producing such gut organisms that bring in antibiotic resistance and increase methane production. Indirectly, researchers say that use of antibiotics in cattle is responsible for greenhouse gas emissions, thus adversely affecting the environment.

It has also been noticed that such drugs bring in alteration of the microorganisms present in dung beetles, although with no visible bad effects. A new paper published in Proceedings of the Royal Society B talks about the dung beetles not showing any apparent damage, although the microbes present in their (beetlesâ) digestive system undergoing change, thereby adversely affecting the fertility of the soil and carbon cycling.

Earlier studies had said that antibiotics have no effect on dung. So it came as a real surprise when researchers recently concluded about higher methane emission on antibiotic administered cowpats. According to Tobin Hammer of University of Colorado, a few research queries still remain unsolved. Firstly, it still isnât clear whether antibiotics contribute to increase in burped methane â since most methane emitted by cattle is in the form of burps. Secondly, it isnât clear whether all types of antibiotics contribute equally to this higher methane production. Finally, scientists arenât unanimous over the opinion whether the benefits of antibiotics in terms of treating disease or aggregating feed efficiency is greater than the atmospheric impact which these drugs bring about.

However, Professor Tim Morris from University of Nottingham School of Veterinary Medicine and Science thinks that the research findings do point to one direction â we should stop antibiotic drugs misuse. In other words, there has to be a balance somewhere â where antibiotics are required for treating diseases, we must not deter, but again avoid inappropriate use for the sake of the environment.

Thus currently, the research findings have fueled in more inquisitiveness rather than any big surprise. However, farmers have certainly dealt with a big blow in view of the recent allegations brought against them. These include frequent use of antibiotics in farm animals leading to climatic and environmental changes, increased air pollution as well as contributing to antibiotic resistance in humans.