WWDC 2016: Everything you need to know 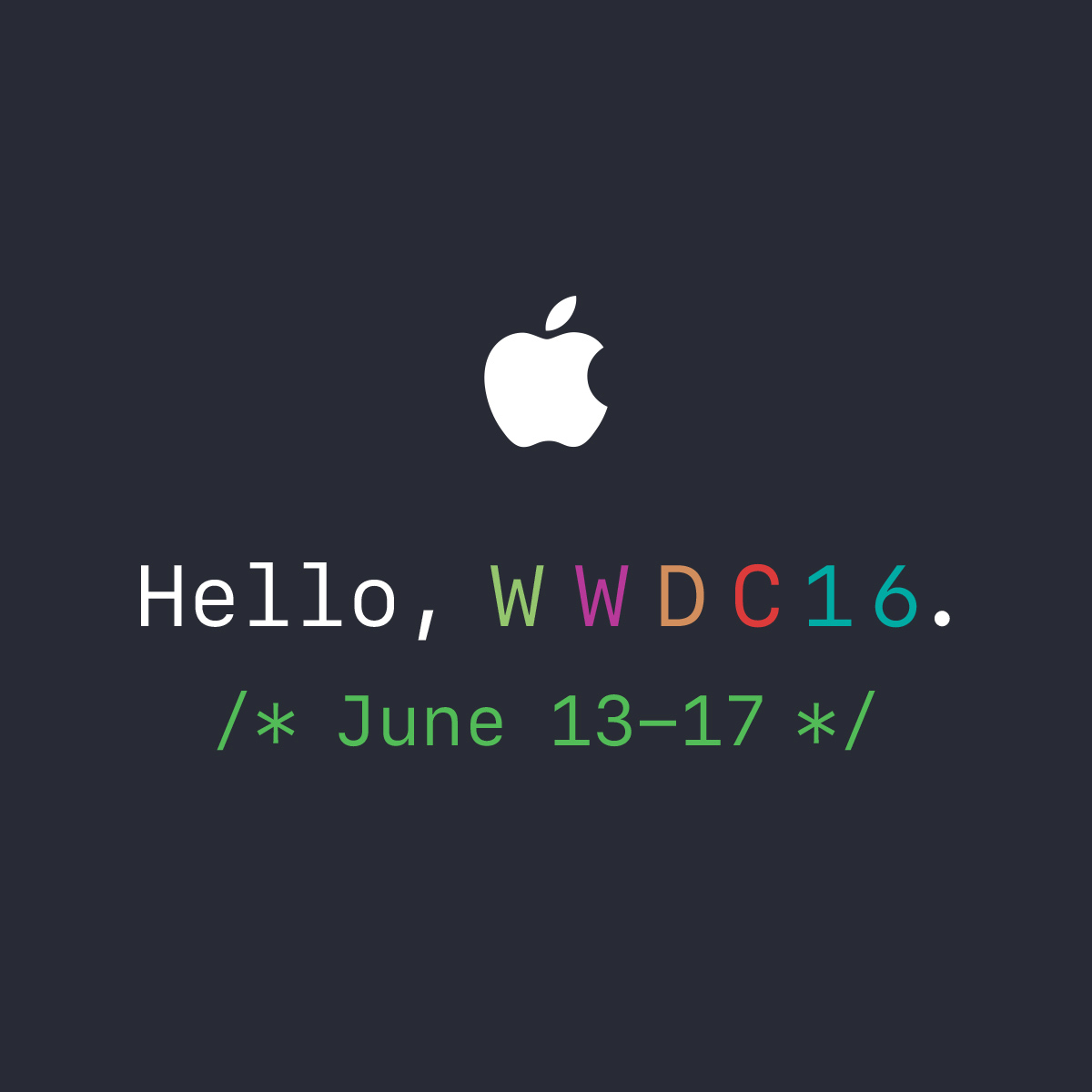 Appleâs annual event Worldwide Developers Conference (WWDC) is right around the corner and the whole world is excited about it.

For those of you who havenât heard about it, on WWDC every year Apple unveils new products and software launches.

WWDC attendees will be given full access to the companyâs latest software platforms to help them develop code using their staple programming language, Swift. And of course, they will have the opportunity to meet thousands of other developers.

They will also have a chance to enter Apple Design Awards which recognizes the most innovative apps with outstanding designs. The apps can be for iPhone, iPad, Mac and Apple Watch.

Talking about the event, Appleâs Senior Vice President of Worldwide marketing, Philip Schiller said, “With four innovative operating systems and a new, intuitive programming language powering over 1 billion devices worldwide, there has never been a more exciting time to bring our developer community together.

“WWDC 2016 is going to be a landmark event for developers who are coding in Swift, and building apps and products for iOS, OS X, watchOS and tvOS. We can’t wait for everyone to join us – in San Francisco or through the live stream,” he added.

This year WWDC will be held from 13th June to 17th June in San Francisco. The keynote address on 13th June will take place at Bill Graham Civic Auditorium, and the rest of the weekâs events will happen at Moscone West.

The tickets for the event which cost around Â£1,118 have already been issued and the attendees were selected randomly. To help aspiring developers who might have limited funds, Apple will be providing scholarships to 350 of the attendees.

As for the rest of the people, they can watch the event online through live streaming. It can either be watched directly through Appleâs website or users can download the special WWDC app from the Appstore.

Problems were reported with 12-inch iPad Pro with the latest iOS update, and since the company has not released a statement about it or shared a new update, it is expected that the new iOS 10 update will solve all the issues.

But iPhone users would have to wait for some time to get their hands on it. The beta version of the new update will be made available to developers but the update will be rolled out for the rest of the users only with the launch of iPhone 7.

There are rumours that with this new update Siriâs features will be beefed up and it will be able to attend calls on userâs behalf and explain why they are not able to attend the call.

For now, we would have to wait till June 13th.