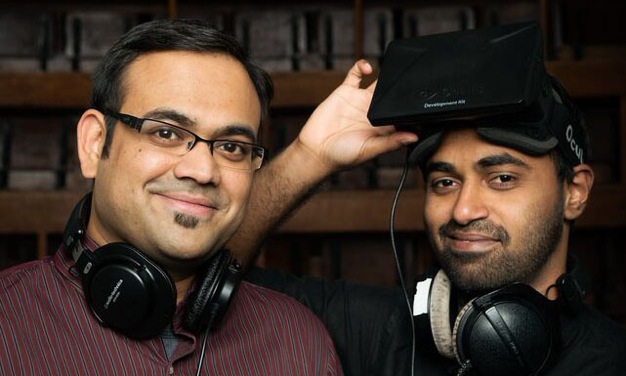 Just a day after the reports came out about Facebook beefing up its team in London, it has now been reported that the company has acquired Two Big Ears, a virtual reality audio startup that was behind Spatial Workstation app.

The free app allowed anyone to download it on their system and boost their 360 degree videos with immersive sound effects. The app only supports Mac, and according to the company, Windows support is on the way.

The news was shared by the company through a blog post. It said, “At Two Big Ears, we’ve been hard at work creating technology and tools that have defined how immersive audio is crafted and experienced in VR and AR both now and in the future. Now, we’re ready to take the next step on our journey and scale our work from within Facebook.”

Two Big Ears is based in Edinburgh and it was co-founded by CEO Abesh Thakur and VP Varun Nair.

Thakur shared his thoughts about the acquisition and said âWeâre excited to be able to continue developing great tools for a larger number of people across the world.â

The company has also stated that they will uphold the service agreement for all their paying customers for at least a year, to make sure their loyal customers are not left high and dry.

It was in October when the company came up with its flagship product, 3Dception Spatial Workstation. It was described as, âa range of tools and technologies for designing, rendering, streaming and delivering great 3D audio for real-time cinematic experiences.â

The main aim of the Workstation was to simplify and speed up the entire process of creating a VR experience. Its simplicity makes it possible for a large number of content creators to use it without much knowledge.

For Facebook, it clearly seems like a very strategic move. Ever since the social media company bought Oculus in March 2014 for a whopping $2 billion, it has been continuously picking technologies that can help improve delivery systems to get new content to the users as well as technologies that can make it easier for the users to create great content.

In 2014, Facebook also bought WaveGroup Sound, a company which specializes in post-production audio, and has worked with video games like Dance Dance Revolution and Guitar Hero.

In May of 2015, it acquired British Surreal Vision and two months later it acquired Pebbles Interfaces for $60 million.

By acquiring Two Big Ears, it seems like Facebook is trying to get ahead in the VR game.