Internet use growing among people aged over 75 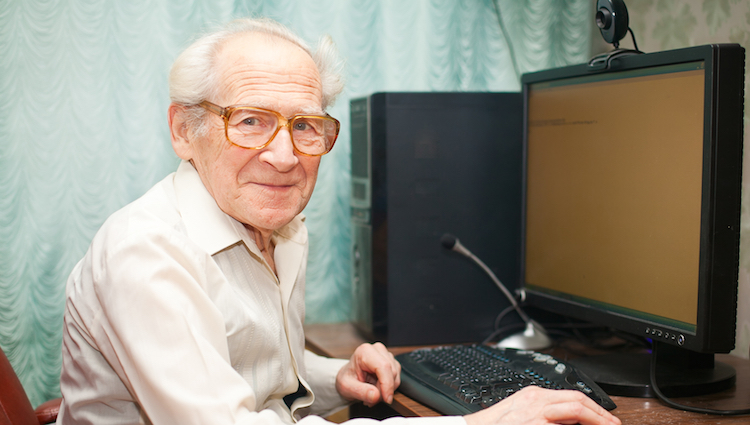 Net use among people aged over 75 is growing in the UK with the number of old people in this age group, who are using the net, doubling since 2011, it was found.Â

However, figures from the Office for National Statistics (ONS) revealed that almost two-thirds of the people aged over 75 have never used the Internet.

The figures revealed that about 88% of all UK adults,Â about 46 million people, used the net in the last three months, according to the report.

However, it was the limited use of the net by disabled people that the campaigners found surprising. The statistics revealed that almost one fourth of the disabled people have yet to use the net.

The campaigners termed this figure as “shocking”.

Internet Use Higher In London

The report revealed that Internet use varied in different parts of UK.

The ONS bulletin on net use in the first three months of this year revealed that 91% of people living in London used the Internet regularly.

However, the percentage of net users in Northern Ireland dropped, with only 82% of people living in the area using online sites and services regularly.

Pete Lee, from the ONS’s surveys and economic division, said the statistics revealed some significant changes in Internet usage.

He added that the statistics brought to light those sectors of the population where net use remained low or patchy.

The report also showed that net use among women aged 75 and over had increased by 169% in the last five years.

The report also showed the inconsistency in the use of the net with the report showing that a significant number of older people who start using the net did not do so consistently.

Internet Use Low Among The Disabled

Mark Atkinson, chief executive at disability charity Scope, said it was a “shocking” revelation that 25% of disabled people had not used the net.

“While we have seen a notable increase in internet usage across all groups in recent years, many older and disabled people are still not online,” said Mr Lee.

He said that the fact that a substantial percentage of disabled people had not used the net created a significant digital divide.

“Digital access has the power to make life cost less,” he said. “Many people go online to compare the best consumer deals and offers.”

“Life costs more if you are disabled, from higher energy bills to specialist equipment. Scope research shows these costs add up to on average Â£550 per month,” he added.