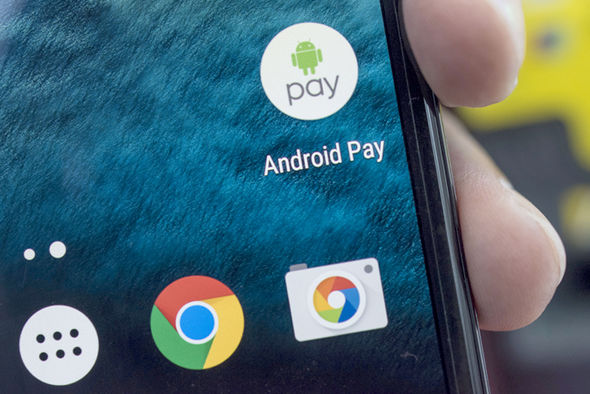 After almost 8 months of launching in the US, Google Android Pay UK is finally here. The Silicon Valley Giant, followed in Appleâs footsteps by launching its own payment system.

Now Android users will also be able to pay directly through their smartphones, a facility that Apple and Samsung users had already been enjoying in the last few months.

Google has partnered up with over 500,000 merchant partners all over the country for Android Pay. Although the company claims that payments through Android Pay would be accepted in the UK at any place that accepts contactless payments.

For purchases under Â£30, payment can be done by directly tapping Android phone to the vendor device while purchases above that will require the user to unlock the phone using a fingerprint or password lock.

One thing that makes Android Pay special is that it doesnât require special hardware and it directly integrates with any near field communication (NFC) device. On the other hand, Apple pay only works with iPhone 6 and the higher models.

Talking about the new launch, Googleâs senior director of product management Pali Bhat said, âThe majority of Android devices will be able to use the technology and certainly any Android phone made in the last three years.â

Google is trying to increase Android Pay coverage as much as possible by offering it to a large number of users and even adding payment options at the London Underground.

To promote the new service, the company will also be launching a scheme called Android Pay Day, which will be held on the last Tuesday of every month where retailers will provide special discounts to Android Pay customers.

The President of Mastercard UK and Ireland, Mark Barnett said, “As more and more devices become connected and enabled for payments or shopping, we’re committed to bringing consumers the choice and convenience of paying how, when and where they want.”

But three of the major banks in the country – Barclays, RBS and Natwest, have not joined the payment service yet and it is still not clear when the customers of these banks would be able to use Android Pay. Google has also not released any statement about it.

Experts believe that because Android Pay works with any NFC enabled device, it might be able to achieve a deeper penetration as compared to Apple Pay, even if Googleâs payment service is late to the party.