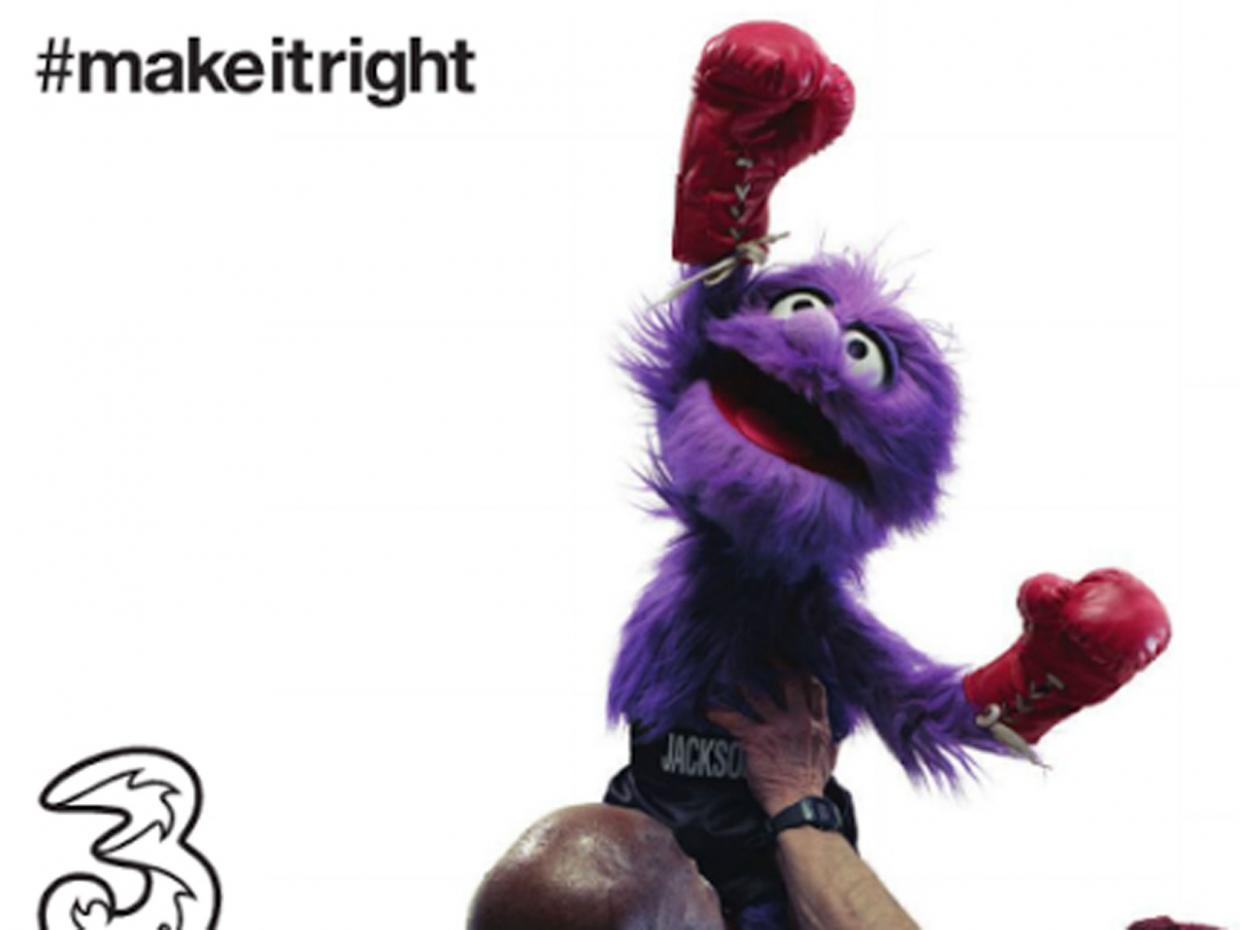 UKâs largest mobile company, EE had lodged a complaint to Advertising Standards Authority. According to the company, the Three UKâs muppet campaign and specially their tagline which claims that Three is the âundisputedâ market leader is misleading to the public.

The ad has a Jim Hensonâs Creature Shopâs muppet creation which is standing in boxing gloves reminding very much of Rocky Balboa and there is a tagline on top which says âThe undisputed. UKâs most reliable network. Again.â

EE first took to social media and posted on their Twitter account about these claims. The company first stated the definition of âundisputedâ and then asked Three UK to prove their widely advertised claims.

According to Three UK, their ads were based on YouGovâs report which had compared several UK telecom companies based on network reliability and had found Three UK as the winner in five consecutive years.

But the company also mentioned that there was no objective or standard industry test done to verify the results. So at the end it was just based on customer reviews.

ASA has clearly stated that the ad does not specify what exactly undisputed means and it also does not state the fact that it is not based on a report but actually on customer feedback. So basically the ad was more subjective when it should have been based on objective metrics.

Issuing a statement to the press, ASA said âBecause we understood that there were no commonly agreed objective measures of network reliability against which 3 UK had undisputedly scored higher than their competitors, we concluded that the claim âThe undisputedâ as used in the context of the ad was likely to mislead.

âThe ad must not appear again in its current form. We also told them not to state or imply that Three was the UKâs most reliable network unless they made clear that the claim was based solely on a survey of consumer opinions.â

While trying to defend themselves, Three UKâs spokesperson said in a statement that, âWe have been recognised by consumers, based on their direct feedback to YouGov, as the UKâs most reliable network for an incredible seven quarters in a row. Technical tests conducted by Rootmetrics have also recently named us as the most reliable network, so we are naturally surprised and disappointed by the ASAâs decision. We are analysing the ruling before deciding our next step.â

EE did get success by banning Three UKâs ads but that wasnât enough for the company. They decided to rub it in by posting on Twitter to remind Three UK of their defeat by using their own hashtag #makeitright.