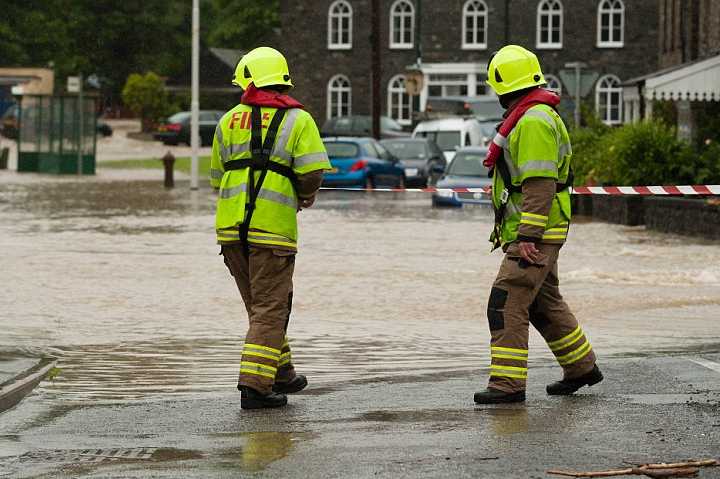 Global warming is closer home in the last two decades than it ever happened before. In fact, parts of Greenland experienced a temperature rise of a good 10 degree Celsius in the last 20 years. What has this done to the overall ecology? It has created irreplaceable loss of resources.

Greenland has been termed as the place that is takes the top slot for places that are fast becoming warmer, on the entire surface of earth. If this is not alarming, then probably nothing else deserves our attention either. With increasing temperatures in Greenland, floods are wreaking havoc on UK â the percolation effect and a result of messing up with natural ecosystem to the extent that nature has been doling out enough warning signs for humans to understand.

How does the increase in temperature in Greenland cause destruction by way of floods in UK? The process is as complicated as nature can be. With the increase in temperature, static areas of high pressure are created which in turn block the jet stream that influences the weather of northern hemisphere. So when the natural course is changed, and the jet is forced to travel south; the jet stream picks up warm and wet air which leads to torrential rains and flooding in UK. If the jet swings north, UK will be hit by a cold wave which also gets equally unbearable.

About a decade ago, in 2007, the jet stream split into two and the result was extremely damaging. The British weather, typical as unpredictable can be, experienced massive effects of this. Many people lost lives and the loss of property was huge.

According to new study conducted by the researchers at Sheffield University the problems arising out of this alarming situation at Greenland is only getting worse with every progressive degree of change in average weather. Greenland has been named as one of the âhotspotsâ of warming temperature in northern hemisphere. Rising temperatures are blocking the jet stream, thus giving rise to a situation that can only be imagined. But, be sure, even by worse imagination the results are going to be far worse than what the studies can predict based on data from the past years.

Stationary high pressures over Greenland have given rise to increased wet weather during summers in UK. The increased warming of this area will not only affect UK, but also contribute majorly to global warming that would affect the entire ecosystem.