Mercury will transit the sun on Monday 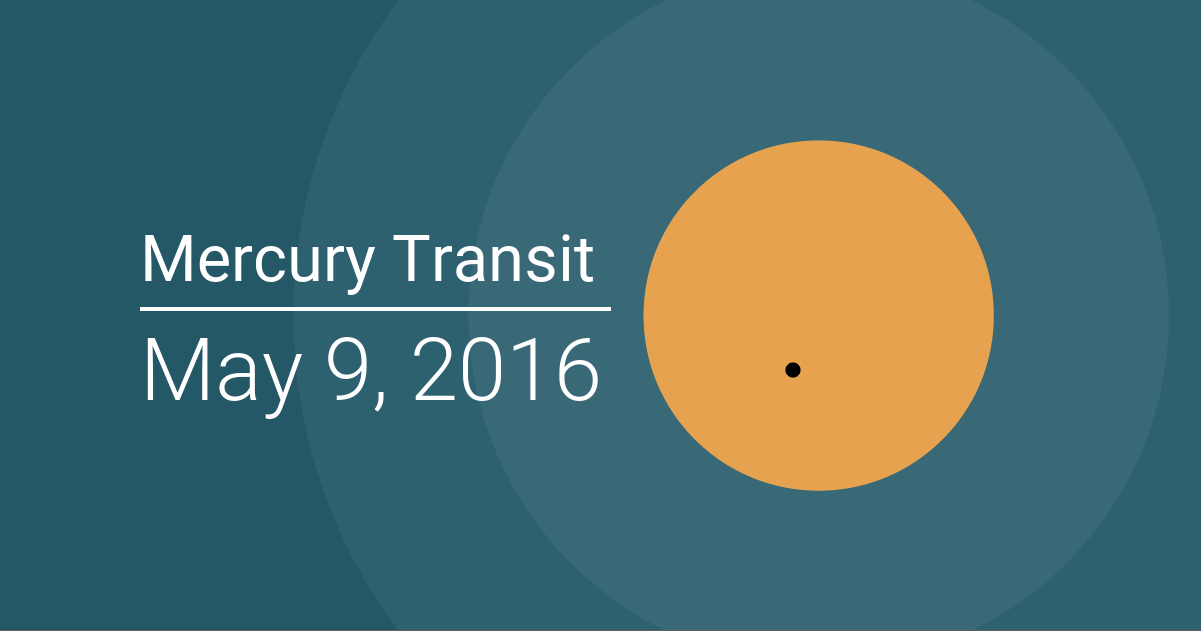 Skywatchers are in for a visual treat as the solar systemâs smallest planet is set to flit across the Sun on Monday.

Mercury will transit directly between Earth and Sun from around 11:12 GMT to 18:42.

A transit such as this occurs only around 13 or 14 times each century. The next such transit is expected to occur in the years 2019 and 2032.

It is impossible, and also dangerous, to view the event with naked eyes or binoculars.

Astronomy groups worldwide will offer skywatchers to view the rare event through filtered telescopes. Also, views of the transit that are captured from space and ground telescopes with be streamed online live.

The views will show the planet Mercury as a tiny black disc, smaller in size but darker in color than many sunspots, slowly going around the Sun’s yellow disc.

Mercury Transit Is A Rare Event

The number of days Mercury takes to spin around the Sun is 88 days. However, since mercuryâs orbit is tilted relative to the Earth’s, it is relatively rare for the three bodies to line up in space.

Mercuryâs seven and a half hour transit across the Sun will be visible from Western Europe, northwestern Africa and much of the Americas.

The only landmasses that will miss watching the transit completely will be Australasia, far eastern Asia and Antarctica.

Considering that Mercury is the smallest planet of the solar system, just one-third as big as Earth and around 1/150th of the Sun’s diameter, its transit can only be seen through telescopes of very high magnification.

Therefore, the “eclipse glasses” used by thousands of people to view last year’s solar eclipseÂ will be useless, in this case.

Also, any telescope must be fitted with a solar filter before being trained on the Sun to avoid permanent eye damage.

The British Astronomical Association has explainedÂ on its websiteÂ how amateur stargazers can enjoy this spectacle safely.

Open University’s Prof David Rothery said the transit would not present any new scientific opportunities, but was still a special event.

“From this transit, we’re unlikely to learn anything we don’t already know,” heÂ told BBC Inside Science.

“But what a wonderful event for showing people Mercury. It’s a hard planet to see.

“Historically, transits were of immense importance.”

Prof Rothery is a Mercury expert and a leading scientist on the European Space Agency’sÂ BepiColomboÂ mission to Mercury that will launch in 2017 or 2018.

Two NASA probes have visited Mercury: Mariner 10 flew past the planet in 1974 and 1975, while Messenger spent four years in orbit until itsÂ planned crash landing in 2015.

“[Messenger] told us an awful lot. It really told us we don’t understand Mercury – because there’s a lot of things which just don’t stack up,” Prof Rothery said.

Where To View The Transit