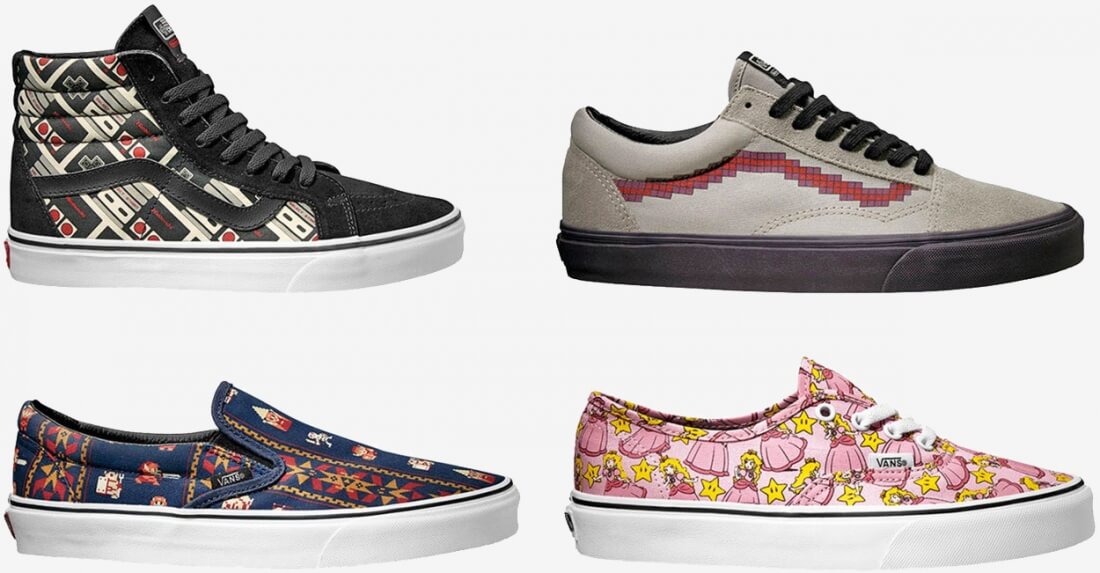 Nintendo somehow makes it possible to always stay in the news as fans anticipate the launch of the Nintendo NX. And this time, it is because of the companyâs collaboration with the famous sneaker company, Vans.

According to the reports, Vans is creating limited edition Nintendo inspired sneakers, and a wide range of characters and styles are guaranteed. The sneakers will be available in both low top and high top styles, for men and women. The same variation will also be provided in colour; there will be dark coloured shoes and extremely bright ones as well.

Both adults and kids will be able to enjoy wearing these because the shoes wonât just be limited to Mario. They will also feature some of the most iconic Nintendo characters like Zeldo, Duck Hunt and Donkey Kong.Â In fact, there is also a shoe with an NES controller on it. We bet it will leave a lot of gamers nostalgic. After all, itâs been 33 years.

But if you are someone who is a fan of both Nintendo and Vans but you donât want to wear such bold and eccentric designs, then you can choose something more subtle like a Vans with pixelated design on it.

And before you go on looking for them online, you should know that these shoes wonât be available until late June.

Even with the launch far away, the pictures that have emerged online are enough to get the Nintendo users excited.

For those of you who might not know, Vans is not new to creating custom shoes according to pop culture. The company has designed shoes for Star Wars and various Disney characters, and they didnât just stop there. They have also designed shoes with food on it.

There is no word yet about what regions the shoes will be made available in. But no matter where you are, we are sure they will make their way to eBay, and you will be able to get your hands on them anyhow.

In case you were wondering, Vans isnât the first shoe company to launch a gaming collection. Last year, a Japanese brand called ANIPPON release some pieces dedicated to the SEGA consoles. But we have to agree, they were nothing compare to what is coming up with Vans and Nintendo.

We might not know their prices, but we are sure people would be ready to buy them for any price.