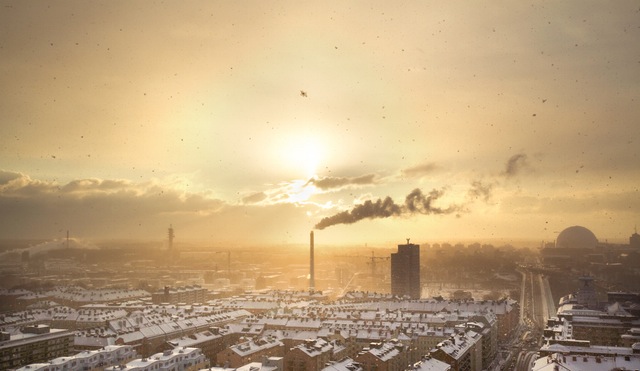 Researchers have established that regular exercise reduces the risk of several health problems, such as diabetes, heart disease and several cancers.

Now, a new research study says that the health benefits of cycling and walking outweigh the harmful effects of air pollution.

We gulp more air when we exercise, as compared to when we are not exercising. This had led to doubts whether exercising in highly polluted cities would lead to the health benefits usually linked with exercise.Â Air pollutionÂ contributes to 40,000 early deathsÂ each year in the UK.

The study, conducted by the University of Cambridge, shows that even in cities with alarming levels of pollution, the benefits of exercise outweigh the risks.

“Even in Delhi, one of the most polluted cities in the world – with pollution levels 10 times those in London – people would need to cycle over five hours per week before the pollution risks outweigh the health benefits,” said Dr Marko Tainio, the lead author of the study.

He added,Â “We should remember, though, that a small minority of workers in the most polluted cities, such as bike messengers, may be exposed to levels of air pollution high enough to cancel out the health benefits of physical activity.”

The study emphasised that exercise was always beneficial in London.

For the study, the researchers employed computer simulations to compare data on different kinds of exercise and different levels of air pollution in different locations around the world.

The study revealed that the risks begin to outweigh the benefits come if people indulge in seven hours of cycling or 16 hours of walking a day in an average air pollution concentration in an urban area.

The study was published in the journalÂ Preventive Medicine.

Senior author Dr James Woodcock stated that the study in no way advocates inaction or complacency in the fight against air pollution.

“Whilst this research demonstrates the benefits of physical activity in spite of air quality, it is not an argument for inaction in combating pollution.

“It provides further support for investment in infrastructure to get people out of their cars and onto their feet or their bikes – which can itself reduce pollution levels at the same time as supporting physical activity.”