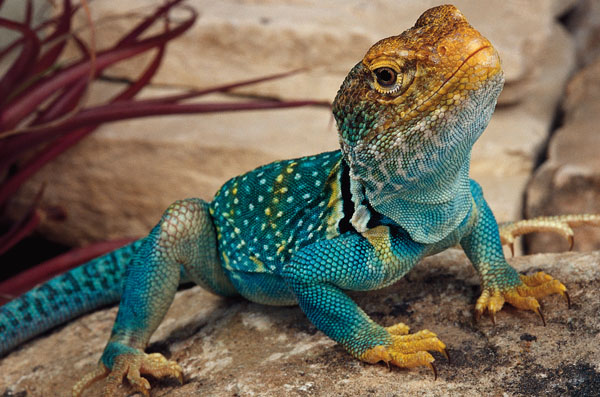 A new study by German Researchers says that the sleep patterns of Lizards and humans are similar.

It was believed by scientists that rapid eye movements, a unique feature of human sleep, were observed only in mammals and birds.

The present study of the bearded dragon suggests that these distinctive sleep rhythms actually emerged in a distant ancestor, hundreds of million of years ago.

The researchers said that these distinctive sleep rhythms could even have been present in dinosaurs.

Scientists have described some form of sleep in everything from worms to people.

However, the sleep phases of humans and birds are distinctive from the rest of the species, involving cycles of deep sleep, which are followed by awake-like brain activity and rapid eye movement (REM).

Under the study, the German researchers recorded the brain activity of sleeping bearded dragons.

The researchers found that the reptiles showed cycles of eye movements and deep sleep that was similar to humans and other mammals.

However, the study revealed that while humans go through four or five 90-minute cycles of slow-wave sleep and REMs, the lizard sleep rhythm has hundreds of much shorter cycles, as its sleep rhythm is faster and more regular.

Also, the sleep activity in lizards seems to originate from a different brain area from mammals.

“Although similar to mammalian sleep, lizard slow-wave sleep and REMs resemble a stripped-down version of the richer mammalian repertoire,” the scientists wrote.

The study was published in the journalÂ Science.

Scientists believe that since reptiles, birds and mammals have similar sleep patterns; they might have evolved from a common ancestor, 300 to 320 million years ago.

“They lived between 300 and 320 million years ago, at a time when the earth’s continents formed a single land mass.”

Around 300 million years ago, the earth was ruled by amniotes, a class of four-legged, backboned animal that laid eggs, which were protected by amniotic membranes.

Dr. Laurent added that it was possible that the true source was even more ancient.

“This would require evidence of REMs and slow-wave sleep from amphibians or fish, which has so far been negative,” he said.

“But it may be worth checking again.”

Dr Laurent said that it was possible that lizards might even dream in rudimentary way.

Asked if dinosaurs slept, he said,

“I wish I knew but it seems likely that they expressed REM and slow-wave sleep.”

Thanos Siapas, professor of computation and neural systems at Caltech, California, who was not involved in the research, said,

“The data and analysis are very compelling and suggest an ancient origin of the two alternating stages of sleep, REM and slow-wave sleep,” he said.

“Comparing the circuit mechanisms and role of these network events across species may provide critical new insights into their function.”