Gene Therapy Can Be Offered As Treatment For Sight Loss 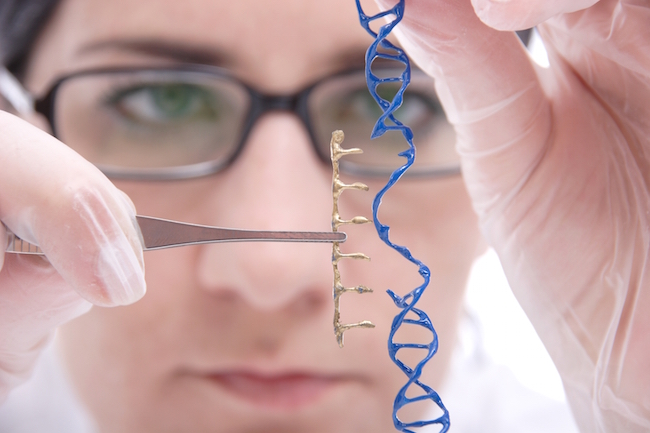 A clinical study has shown that genetic therapy can improve the vision of patients who would otherwise have suffered from complete blindness.

The study showed that the improvement in eyesight was long-lasting and therefore, the therapy is suitable to be offered as a treatment.

The results have been published in the New England Journal of Medicine.

The researchers now plan to apply for approval to begin trials for the treatment of other common forms of blindness, such as macular degeneration, next year.

A team at Oxford University are treating a rare disorder calledÂ choroideremia, which affects young men whose light detecting cells in the backs of their eyes gradually die causing blindness, because of a faulty gene.

The gene therapy involves injecting a working copy of the gene into the back of their eyes to prevent more cells from dying and causing complete blindness.

The results revealed that the treatment not only prevented more cells from dying but also revived some of the dying cells and improved the patient’s vision.

A 24-year-old history teacher, Joe Pepper who works at St John’s school in Leatherhead in Surrey, was the latest patient to have been treated by the gene therapy. He is also the youngest and the most successful, which suggests that the gene therapy may be most effective on younger patients before the disease becomes irreversible.

The gene therapy has so far been tried out on 14 patients in the UK and 18 in the US, Canada and Germany over the past four and a half years.

The Research is funded by theÂ Health Innovation Challenge Fund.

The fund is a partnership between the Wellcome Trust and the Department of Health.

According to the eye surgeon leading the trial, Prof Robert MacLaren of Oxford University:

“The concept of gene therapy is that it corrects gene defects. Ideally we should only have to do that once, because once the DNA is corrected and inserted into the correct cell, that cell should be able to continue its function as normal,” he told BBC News.

“We seem to have achieved this concept of one single treatment that does not need to be repeated which is unlike traditional medicines.”

With researchers gaining confidence in their treatment, they have started trying it out on progressively younger patients who still have reasonably good vision.

Prof MacLaren said that if the next phase of larger trials goes as anticipated, a gene therapy for choroideremia will be licensed in three years.

He has also begun to develop gene therapy trials to treat more common forms of blindness, such as retinitis pigmentosa and macular degeneration.

Prof MacLaren said that he believed that the choroideremia trials have paved the way for the next phase of studies and, have shown that gene therapy for blindness is safe and works.

“When I started my career as an eye surgeon when we had these patients that had inherited diseases, not only did we tell them nothing could be done but we would actually discharge them from the clinics.

“We are now calling them back in to test them, to look at them in great detail because potential treatments are available. To treat a disease at the genetic level is surely the most efficient way of treating a disease, to prevent it from happening in the first place.

“We would like to develop treatments for more common forms of blindness and this may be available in the next 5 to ten years,” he told BBC News.