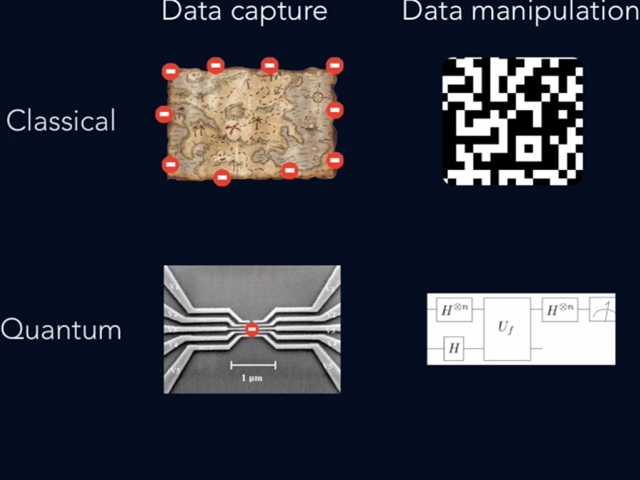 We are in the midst of an unprecedented migration in human history. Vast portions of our social and economic life are being transferred to the virtual world. And as online activity grows at exponential levels, created humongous volumes of âbig dataâ, the current data processing technologies are starting to feel the pinch.

As predicted by Mooreâs Law, processing power of computers has been doubling at a steady rate for 40 years now. But it is nearing its expiry date and the rate has slowed down. There is physical limit to the number of transistors and components that can be crammed into a silicon chip. Engineers are now being forced to look beyond traditional semiconductors for ways to increase processing power. And while the actual rate of increase in processing power is fast approaching a plateau, the global demand for processing power is showing no signs of abating.

No research into future tech would be complete if it fails to incorporate a sustainable energy aspect into the equation. At present, industrial scale data centers, housing vast computer systems and storage facilities, manage big data and help keep us online. Some of the bigger data centers may consume more electricity than entire towns. It is estimated that European data centers account for nearly 3% of the total energy consumed in the EU grid. And at current rates of online growth, the need for bigger data centers is only going to increase.

There are two separate strands of research in the field of solid state physics that could potentially hold the solution to this conundrum: superconductors and spintronics. Scientists working at a UK government funded project in Cambridge University are trying to integrate these two fields to build the foundations of what they hope will become the next generation of data center technologies.

With their complete lack of electronic resistance, superconductors have been tantalizing researchers for some decades now with the promise of faster, energy saving processors. But they require sub-zero temperatures to function and this has so far hampered their widespread applicability in real world electronic devices.

Spintronics on the other hand, is technology taking a new âspinâ on things. Current electronic devices look only at the charge of electrons a semi-conductor chip. So you have a binary, or two values, on or off. But if we were able to take into account the spin state of that same electron, we could get two additional values, up and down. Basically, you could increase the processing power manifold without increasing power consumption.

Thanks to recent breakthroughs involving magnets, the Cambridge project is looking at the possibility of combining spintronics with superconductivity. Armed with a Â£2.7 million grant from the UK Engineering and Physical Sciences Research Council, they plan to focus on developing working prototypes of âsuperspinâ devices within the next 5 years. If they succeed, this could pave the way for next-gen data centers, combining higher computing power with drastically reduced energy requirements.