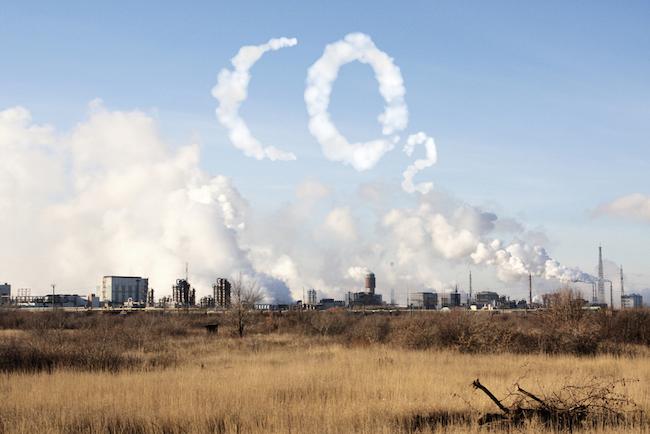 A new study reveals that Carbon dioxide emissions from industrial society have contributed to an immense growth in trees and other plants on earth.

The research was conducted by a team of 32 authors from 24 institutions in eight countries.

The new study says that if the extra green leaves that can be attributed to the rising CO2 levels were laid in a carpet; they would cover twice the continental USA.

However, the researchers said that the positives of CO2 are less than the negatives.

Prof Ranga Myneni from Boston University, the lead author of the study, told BBC that the extra tree growth would not compensate for the ill effects of CO2 emissions, such as global warming, rising sea levels, melting glaciers, ocean acidification and the loss of Arctic sea.

The study is based on data obtained from the Modis and AVHRR instruments that have been carried on American satellites for 33 years.

The sensors depict 25% to 50% greening of the Earth’s vegetated land, which is slowing the process of climate change as the plants are drawing CO2 from the atmosphere.

“The greening reported in this study has the ability to fundamentally change the cycling of water and carbon in the climate system,” said a lead author Dr Zaichun Zhu, from Peking University, Beijing, China.

Scientists say the factors that play a part in the plant boom include climate change (8%), more nitrogen in the environment (9%), and shifts in land management (4%).

However, the main factor, according to the scientists, is the use of extra CO2 by plants from human society to fertilise their growth (70%).

The authors of the study noted that the beneficial aspect of CO2 fertilisation have been cited by contrarians to argue that there is no need for reduction of carbon emissions.

Co-author Dr Philippe Ciais, from the Laboratory of Climate and Environmental Sciences in Gif-sur?Yvette, France (also an IPCC author), said,

“The fallacy of the contrarian argument is two-fold. First, the many negative aspects of climate change are not acknowledged.

“Second, studies have shown that plants acclimatise to rising CO2 concentration and the fertilisation effect diminishes over time.”

Prof Judith Curry, the former chair of Earth and atmospheric sciences at the Georgia Institute of Technology, added,

“It is inappropriate to dismiss the arguments of the so-called contrarians, since their disagreement with the consensus reflects conflicts of values and a preference for the empirical (i.e. what has been observed) versus the hypothetical (i.e. what is projected from climate models).

“These disagreements are at the heart of the public debate on climate change, and these issues should be debated, not dismissed.”

A co-author Prof Pierre Friedlingstein, from Exeter University, UK, told BBC News that carbon uptake from plants was included in Intergovernmental Panel on Climate Change (IPCC) models. However, it was also one of the main sources of uncertainty in future climate forecasts.

“Carbon sinks (such as forests, where carbon is stored) would become sources if carbon loss from warming becomes larger than carbon gain from fertilisation.

“But we can’t be certain yet when that would happen. Hopefully, the world will follow the Paris agreement objectives and limit warming below 2C.”